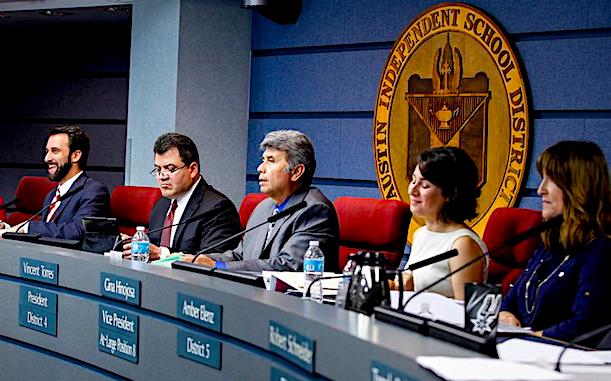 “Who gave you the right, Austin ISD? You have overstepped,” the rightfully frustrated dad said.

The radical sex education policy will provide graphic instruction on gender identity and mandated support of the LGBT movement.

Students in grade school and middle school will also be taught how to get an abortion or obtain birth control pills without parental permission or consent.

The school district will also begin instructing students to no longer use words like “mother” or “father.”

“Use gender inclusive language,” the district’s material mandates. “It is important to avoid terms which refer to only ‘male’ or ‘female’ identities when speaking with young children as this can limit their understanding of gender into binaries and can exclude children who may not identify within these identities.”

The district’s curriculum recommends “integrating” words like parents or guardians instead mom or dad.

Texas Values, one of the state’s leading family advocacy groups, warned that the Austin ISD was sending a message that people of faith are no longer welcome in the school district.

“Austin ISD has broken the sacred trust between school and parent,” Texas Values spokesman David Walls said in a statement. “Austin parents have no reason to entrust their children to a school district that welcomes sex criminals and sexually explicit materials in the school.”

This early sexual indoctrination isn’t about personal “freedoms” or “rights”.  It’s about getting people to become enslaved to their  carnal passions which makes them easy to control by the oligarchs who want unopposed power.

And sexualizing children at younger and younger ages will ultimately open the door to abolishing all age of consent laws, which will inevitably decriminalize pedophilia.

In a sexually liberal society, our passions are sterile and unproductive, mimicking homosexuality, bearing no children, no stability, no long-term commitments. As long as the free online pornography continues to stream uninterrupted, no one will complain as the country is gutted and looted by the Bolshevik gay mafia that controls it.