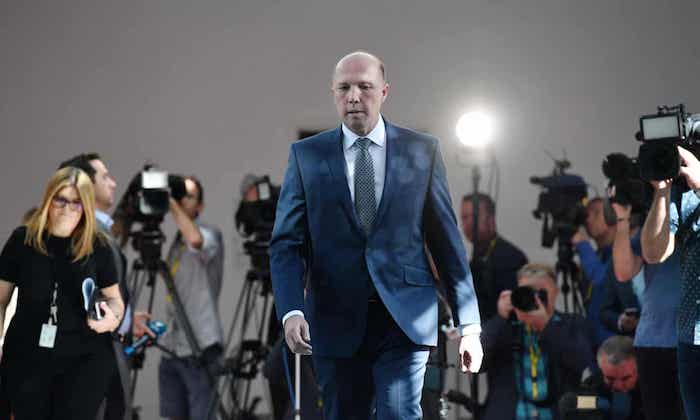 In a rare moment of sanity and compassion, a Home Minister in Australia announced that they are considering a proposal to speed up the approval of visa applications of White South African farmers:

White South African farmers “deserve special attention” from Australia due to the “horrific circumstances” of land seizures and violence, Peter Dutton has said.

The home affairs minister told the Daily Telegraph on Wednesday his department was examining a range of methods to fast-track their path to Australia on humanitarian or other visa programs.

The policy has led to reports, including in the Australian media, that white farmers are being murdered at a rate of more than one per week.

“If you look at the footage and read the stories, you hear the accounts, it’s a horrific circumstance they face,” Dutton said.

The home affairs minister noted Australia has refugee, humanitarian and other visa programs which have the “potential to help some of these people”. He said he had asked his department to look at the options “because from what I have seen they do do need help from a civilised country like ours”.

“The people we’re talking about want to work hard, they want to contribute to a country like Australia,” Dutton said.

“We want people who want to come here, abide by our laws, integrate into our society, work hard, not lead a life on welfare. And I think these people deserve special attention and we’re certainly applying that special attention now.”

Dutton suggested options included the in-country persecution visa category, and to bring them to Australia on humanitarian visas via referrals from others in Australia.

Of course, this Minister will face all kinds of accusations of “racism” for trying to help these Whites who have obviously been targeted by the violent Blacks who are intent on stealing everything they can.

If Australia does start issuing these special visas, then perhaps other White countries will follow suit.  And now that the powerful IMF has gotten behind the land theft, it’s time to get out before the storm.

After this “wealth redistribution” takes place in South Africa, the world will watch as the country slowly–but surely–slips back to the point of all other African countries where most are living at the bare subsistence level.