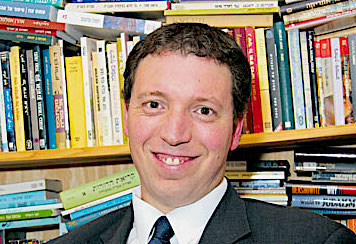 Dvir Abramovich, the chairman of Australia’s Anti-Defamation Commission, admitted that censoring any criticism of Jews, real or imagined, can actually cause the antisemitism that they are allegedly combating:

An Australian Jewish organization has expressed “horror” at what it said Sunday has been a torrent of anti-Semitic online abuse directed at its chairman following a successful campaign last month to prevent British conspiracy theorist David Icke from entering the country.

Icke, who denies widespread charges of anti-Semitism and believes the world is run by giant shape-shifting reptiles, was due to start a speaking tour in major Australian cities.

Australian media confirmed on February 20 that his visa had been canceled on “character grounds,” following a campaign by opposition Labour MP Tim Watts, who blasted him as a Holocaust denier, and by the Anti-Defamation Commission (ADC), a local Jewish anti-discrimination group.

…Icke’s 1995 book, “And the Truth Shall Set You Free,” focused on a global conspiracy by “Rothschilds and Rockefellers” and contained a chapter questioning aspects of the Holocaust and criticizing society for suppressing “alternative information to the official line of the Second World War.”

“This was a defining moment for who we are as a nation, and we salute the government for taking a clear-eyed and moral stance in rejecting hate and incitement,” ADC chairman Dvir Abramovich said at the time. “Allowing Icke into our country would have crossed red lines and would have sent the message that it is open season on the Jewish community and that vilifying and maligning Australian Jews is ok and normal.”

But since the decision was made, the ADC said Sunday in a statement, Abramovich and his staff have been assailed by a constant flow of abusive emails, phone calls and posts on its social media pages.

“This barrage of harassment, threats and insults is chilling and unlike anything I have seen in recent times. While we accept that this deluge of abuse is the price we pay for combating anti-Semitism, the brutal vitriol and the ferocity of the invective directed at me and the ADC staff is still shocking,” Abramovich said.

“This is further evidence of the dramatic surge in anti-Semitism in Australia and a rising climate of intolerance in which bigots are emboldened and agitated,” he added. “Still, this cesspool pit of vilification will not deter us from doing our job of calling out and pushing back against hate demagogues and racism.”

So if Jews don’t like what you have to say, they have the power to ban you from entering a country and speak to people who want to hear you speak.

The Jews, of course, feel justified in censoring their critics, but then they are “surprised” and “shocked” when people get angry at them and express their displeasure in no uncertain terms.

And when Australians object to being censored, they are called antisemites.

If the Jews hadn’t used their inordinate power to censor David Icke, they would not have experienced any of this antisemitic name-calling.

Stop making people resentful of losing their freedom of speech, and you can stop antisemitism.  Stop monitoring each and every word that the goyim utter, and you’ll witness a remarkable decline in antisemitism.

As long as they think that censorship is the only way to combat antisemitism, they will ensure that antisemitism is here to stay.