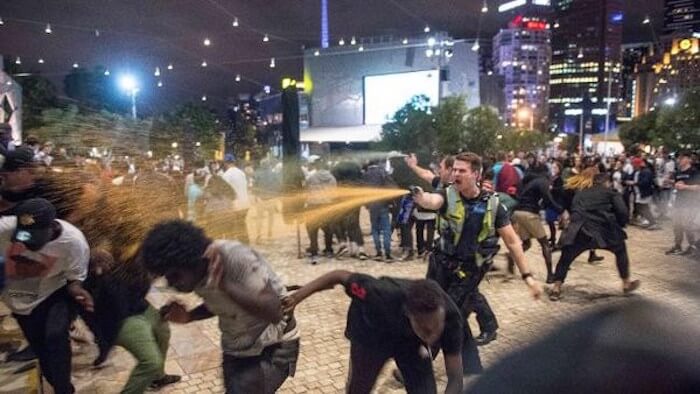 Another media outlet is being accused of “racism” for reporting facts about black African gang violence:

CHANNEL 7 has responded to criticism of a story on African gangs in Victoria that caused outrage and was labelled “racist bulls**t”.

It featured reporter Alex Cullen — the same reporter who presented the much-hyped interview between former deputy prime minister Barnaby Joyce and the mother to his new baby, Vikki Campion, last month — and was criticised before it even went to air.

Community leaders from South Sudan were quick to claim their countrymen and women were being treated like “criminals”.

Members of the African community were so enraged by the story they “declared war on Channel 7” and organised a protest at the network’s Melbourne headquarters to take place next Friday.

Australian jails are filled to the brim with non-Whites, but apparently pointing out this fact is “racist”.

The truth is racist.

The police are racist.

How long do they expect this denial of reality to work for them?

These Blacks allegedly left their native African countries because of the rampant violence, but it’s “racist” to notice that wherever they go, they bring that violence with them. No White civilization has ever been improved by allowing non-Whites to immigrate.