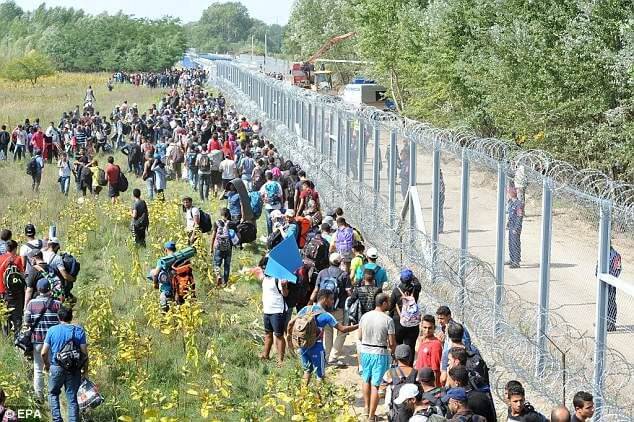 “An array of top Austrian officials have been demanding that the EU’s borders must be defended from asylum-seekers, going as far as to suggest using soldiers and police at the EU’s external borders. The remarks were made ahead of EU’s emergency meeting on migration, meant to put an end to the ongoing migration row in Europe.

In Saturday’s interview with Die Welt newspaper, Austrian Defense Minister Mario Kunasek called for the reinforcement of the EU Border and Coast Guard Agency (Frontex) with troops and police in a bid to bolster border security.

The minister suggested deploying Frontex employees along the external borders of the Balkan states, Italy, and Greece as well as in “African countries with the consent of the respective state.”

Comment:
Countries have armies primarily to protect their borders from invasion, regardless of the reason why someone may want to enter the country.