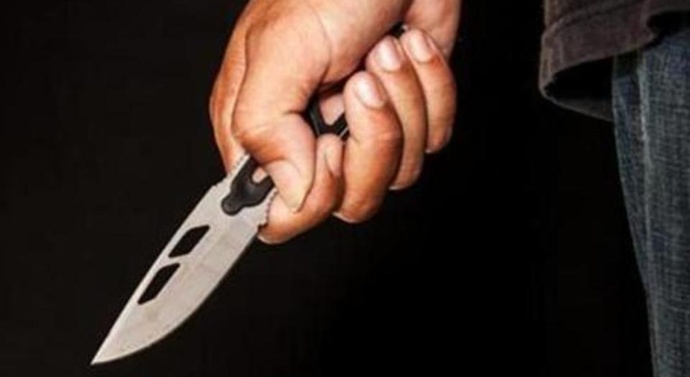 The vast majority of stabbings that have occurred in Austria — and Europe in general — have been carried out by non-Whites with migrant backgrounds, and to curb this knife violence, Austria will soon ban migrants from possessing most types of knives:

Following prohibiting firearms for foreigners, the conservative-leaning government is looking into imposing further restrictions on bladed weapons with exception of kitchen knives or hunting knives. According to the 2017 stats, most suspects in stabbing attacks are third-country citizens.

The Austrian government is planning to tighten the rules for owning weapons for several categories of the country’s third country nationals, including asylum seekers, illegal migrants, and those without an EU residence permit, with a new law expected to come into force in 2019, as reported by the local outlet Kurier.

The planned legislation would forbid them to acquire, own and carry weapons like flick knives and butterflies, but still allows for having kitchen or hunting knives. The wrongdoers would reportedly face fines and subsequent imprisonment, if they fail to pay. It is also supposed to impact the asylum procedure as well.

According to the Austrian outlet, the number of attacks with hacking or stabbing weapons has nearly doubled over the past 5 years, while the rate of violent crimes fell on the whole. Moreover, foreigners living in Austria are the most common suspects in such cases.

The Kurier cites the country’s interior minister Herbert Kickl, representing the right wing FPÖ in Sebastian Kurz’s conservative government, pointed out that in 2017 more than 3,000 attacks took place, with 287 committed Afghans and 169 committed by Turks. According to stats, cited by the German Zeit newspaper, in 635 out of 1,060 registered attacks with stabbing weapons were allegedly suspects who had come from abroad.

“We need to react as a security authority. That is why the ban on weapons for asylum seekers or those entitled to asylum will in the future not only include firearms but all forms of weapons, ” the minister said, as cited by the media.

Asylum seekers and people from non-EU countries, living in Austria, haven’t been allowed to carry firearms since 2016. Banning bladed weapons for them is part of a bigger new bill, which is to be introduced on September 8. The current weapon legislation is being altered to comply with the new EU weapon directive, among others.

Here we see the strange mentality of European-style “conservatives” who use their power to enact more laws and regulations to essentially legislate morality.  Laws against stabbing people don’t work with non-Whites, so they outlaw stabbing weapons.  England tried this, and it had no effect on crime, so why does Austria think it will work? A true conservative understands that knives don’t stab people — Muslims and Africans do.

If you want to stop stabbings, stop allowing non-White immigration — and deport the non-Whites already there.  Anything short of that will be ineffective, and the authorities know that, so they propose “solutions” like this to make the public think they are doing something about all this new migrant violence.  And even if they deported every migrant found with a knife, it wouldn’t deter crime because these migrants have nothing to lose either way.