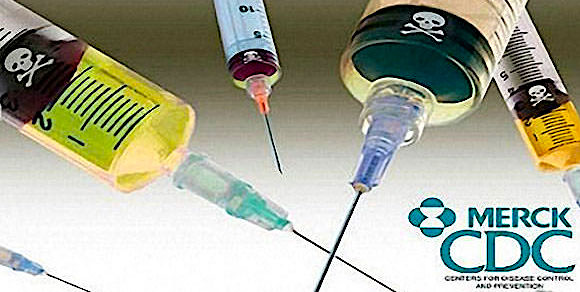 Dr. Theresa Deisher, PhD in Molecular and Cellular Physiology from Standford and founder and Lead Scientist at Sound Choice Pharmaceutical Institute, has published evidence that the spike in autism first noticed in the early 1980s coincided with the first usage of aborted human DNA in Merck’s long-suspected and controversial MMR vaccine:

Administration of fragments of human fetal (primitive) non-self DNA to a child could generate an immune response that would also cross-react with the child’s own DNA, since the contaminating DNA could have sections of overlap very similar to the child’s own DNA.

Duke University demonstrated in a recently conducted study that significant improvements in behavior were observed when children with autism spectrum disorder were treated with their own banked autologous cord blood. This treatment clearly shows that most children with autism are not born with it since genetic diseases like Down syndrome or muscular fibrosis cannot be treated with autologous stem cells. Therefore, an environmental trigger, or triggers, introduced to the world around 1980 when autism first began to rise, must be identified and eliminated or reduced in the environment.

•Strong change-point correlation exists between rising autism rates and the US vaccine manufacturing switch from animal-derived cell lines for rubella vaccine to human aborted cell lines in the late 70s.

•The earliest change point for Autistic Disorder (AD) birth year was identified for 1981 for California and U.S. data, preceded by a switch in the manufacturing process:

•The rubella portion of the MMR vaccine contains human derived fetal DNA contaminants of about 175 ngs, more than 10x over the recommended WHO threshold of 10 ng per vaccine dose.

•No other drug on the market would receive FDA approval without thorough toxicity profiling (FDA follows international ICH guidelines) -> this was never conducted by the pharmaceutical industry for the DNA contamination in the MMR vaccine.

•Vaccines produced with human fetal cell lines contain cell debris and contaminating residual human DNA, which cannot be fully eliminated during the downstream purification process of the virus. Moreover, DNA is not only characterized by its sequence (ATCG), but also by its epigenetic modification (e.g. DNA methylation pattern etc.). This decoration is highly species specific, which is why non-human DNA will be eliminated, while this is not necessarily the case with fetal human DNA.

Autism did exist prior to 1980 but it was known by another name: Sub-acute Schlerosing Pan-Encephalitis (SSPE), and, yes, it was also known to be caused by vaccinia even in the 1970s.

To blame autism entirely on the presence of aborted fetal DNA in vaccines would be a mistake.  “Cleaning up” the vaccines by removing the human DNA would not solve the autism epidemic.

However, because presence of human DNA seems to trigger an auto-immune response, causing the human body to attack its own neural cells resulting in autism, it seems reasonable to conclude that adding fetal DNA to vaccines is the equivalent of throwing gasoline on the fire.