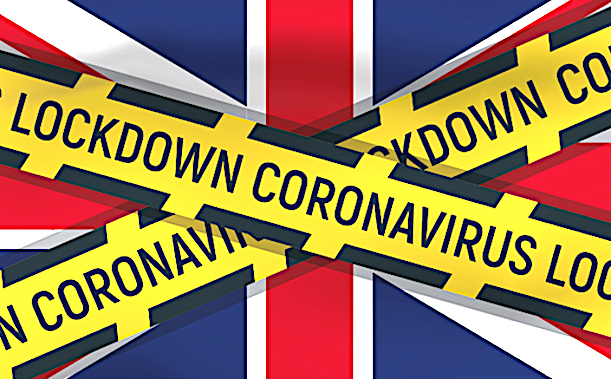 Ever since the COVID “pandemic” was first announced last March, alongside his work with Doughty Street Chambers, Jewish barrister Adam Wagner has gone out of his way to scrutinize the U.K. government’s often bewilderingly complex COVID regulations in a series of regular podcasts — regulations that he describes as quintessentially “Jewish”:

Often burning the midnight oil to access legislation published late at night, minutes after it becomes law, he has won acclaim for his videos, explainers and tweets, which have made often complex rule changes understandable to us all.

“It is like one big Talmud lesson in a way,” he says of the ever changing social-distancing regulations. “These laws are very strange laws — I sympathise with the way the government got themselves into this way of acting.

“It started with 12 pages, and there are now 120. It is because there are so many exceptions.

“It’s like the halachah. You start with something simple, then there are thousands of exceptions. You then spend the rest of your life assessing whether your actions fall into the ‘spirit’ of the law.”

His media appearances included ITV’s Good Morning Britain where he was quizzed by Piers Morgan about whether it was illegal to sit on a park bench, and more sedate airings on Radio 4’s Today programme….

….A former mazkir of Habonim Dror, where he has also been a trustee for around 15 years, it is perhaps unsurprising that Wagner takes aspects of Judaism into his work on the impact of Covid-19 on our everyday lives from a human rights point of view.

“I’ve noticed Jewish organisations are particularly comfortable with complex, slightly illogical rules,” he says. “They are very comfortable figuring out how to work with them.

“The whole thing is very Jewish in a way — to be bound by rules in our everyday lives.

“Every time we wake up until we go to bed at night is bound by strict rules. You have to talk to authorities to figure out how to interpret them. It’s a very Jewish mode. The whole country has got used to being Jewish.”

Wagner — a visiting professor of law at Goldsmith’s, University of London — stresses that he does not object to the use of laws to enforce lockdown. But that doesn’t mean he accepts all the measures without criticism. He speaks of “ pros and cons.”

Because the government has “over complicated things massively” he wanted to offer people somewhere to turn to so they could understand the often-vague lockdown law. A founder of the human rights charity EachOther that provides free human rights information and news to all, he believes passionately in making the law acessible and understandable….

“Whereas the laws of the lockdown have been unprecedented in modern legal history — I guess we will never know how many lives we would have saved had we locked down harder or earlier.

“From my perspective I don’t think I would have been against stricter rules if we were fairly sure that would have saved lives.”

…He often speaks of Europe’s descent into fascism and Nuremburg trials which followed in understanding how the human rights system developed to limit the power of governments even during times of fear and emergency . Of course, Covid-19 conspiracy theorists and deniers use fascist comparisons to criticise Covid restrictions on liberties. He is eager to point out the difference in his approach.

The Nuremburg trials marked, he says, the very origins of the modern human rights system.

“The reason human rights laws were developed was to try to put in early warning systems for societies that were becoming illiberal,” he says.

“I would never say the way the current government is working is totalitarian or fascist. I think that is an absurd comparison…

“One thing we have inherited from that time is human rights protection. I think Jewish people have an extra sensitivity to these issues. We’re still suffering the post-traumatic stress of nearly being obliterated in Europe.

“And we should be vigilant about not just threats to ourselves, but threats to other people, to our liberties, to the certainties of our lives being taken away…”

Jews have been overwhelmingly supportive of the lockdown and its attack on personal freedoms — because, as Wagner freely admits, it’s all for a “liberal” cause — the pandemic is their hope to bring about Tikkun Olam — the so-called “Great Reset” — the ushering in of their much-anticipated world-wide Bolshevik “paradise”.

In America, liberals are three times as likely as conservatives to support the lockdown, its complex regulations, and the implementation of mandatory vaccination “passports” — where our enslavement is sold as “freedom”.

If the “pandemic” had been conceived, implemented and enforced by conservatives, the media would be calling it a revival of “Nazism” — instead the ADL shrieks whenever anyone makes that “antisemitic” analogy.

All of our laws — and legal systems — have become impossibly complex because of dominant Talmudic and legalistic mindset that is at war with the “simplicity that is in Christ.”

Because Jews lacked any understanding of the spiritual nature of God, they clung to the complex and empty rituals of the law — the “tradition of the elders” (Mark 7:3).

If you ask a Jew — or one of their Liberal foot soldiers — a simple question about some social issue, they will always preface their response with, “It’s complex…”