Because of ‘Antisemitism’ U.K. Jews Allowed to Have Jews-Only Public Housing 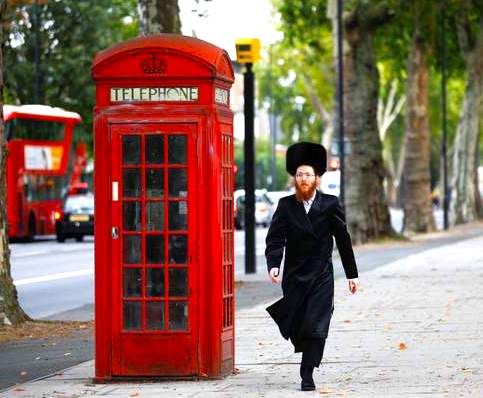 [Ita Symons], the chief executive of an Orthodox Jewish housing association, has said she “never gave a moment’s thought” to the possibility of losing a discrimination case launched against it:

Agudas Israel Housing Association, who are based in Stamford Hill, were accused of breaking equality laws after listing a property which was specifically for members of their religious community.

A family who wanted to bid on new flats, which were purpose-built for the Orthodox population, were told they were unable to because consideration was only given to Orthodox Jews.

They took the housing association to court on the grounds that housing should be provided on the basis of need, not religion. The family’s lawyer said they plan to appeal the decision.

They argued that it was “direct discrimination of a very scarce resource, public housing” and that the case “concerned the question of whether or not it is lawful for housing to be allocated on the basis of religion, not need.”

The Orthodox community has a particular need for larger properties, as they have more children than average, and need to live close to Kosher shops, synagogues and Jewish school…

Mrs Symons, who founded the charity in 1986, said: “Our lawyers said we had a clear case, because of two things – we are a charity, and the community has such particular needs that it is proportionate that we use the development for our needs.

“Luckily we were successful, because it means that we can continue our work and continue to fulfill our mission statement…

“I don’t understand why they would want to live in this project – there are Hasidic men, with their sidelocks and beards, speaking in a language which they wouldn’t understand. Why would you want to enter such a different culture?

…“The court found that what AIHA does and how it allocates properties is a proper response to the needs of the Orthodox Jewish Community.

“This is not about self-ghettoisation and AIHA does not look to exclude others. That suggestion is frankly offensive.

“The court recognised that AIHA was set up for a purpose and accepted that that purpose was to alleviate the special housing needs of the Orthodox Jewish Community which are compounded by overt and increasing anti-Semitism.”

One might be tempted to ask if there is any Christian-only housing projects in England, but that would be antisemitic.  This jewish woman never worried that the court would rule against her because she has jewish privilege, and the fix was in with the judge the second he saw the yarmulkes testifying for the defense.  But she’s right about one thing: who would even want to live among a bunch of alien Orthodox Jews?

But the same could be said about these Orthodox Jews themselves: why would they want to live in a traditionally White and Christian society in England?

If they want to live around only other Jews like themselves, why don’t they just move to Israel instead of demanding special rules, special housing, and special police protection?  Well, why not live in England if they can get all those benefits just for raising a stink every now and then when the goyim object to their privilege?