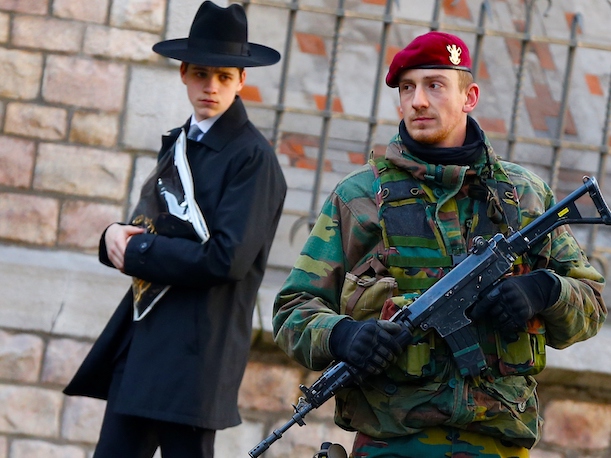 Belgium’s National Security Council has rejected an army request to reduce the maximum number of military personnel deployed in major Belgian cities under Operation Vigilant Guardian (OVG) to back up the federal police, a government source said on Friday:

The Council’s decision, handed down on Thursday, means the army will still be called upon to deploy up to 550 persons, the existing limit, although the actual number of boots on the ground is lower.

The Chief of Staff of Defence has been calling for months for a reduction of the number of military personnel deployed in the internal security operation, begun close to five years ago and extended on a monthly basis, to enable the units to focus more to their primary tasks.

‘Het Belang van Limburg’, ‘Gazet van Antwerpen’ and ‘Het Nieuwsblad’ newspapers on Friday reported the Army’s Chief of Operations, Major General Johan Peeters, as invoking a staff shortage as justification for the request during a visit on Thursday to Belgian troops deployed in Lithuania. According to the dailies, Major General Peeters would like the military presence on the streets reduced from 450 to 220 persons.

However, the National Security Council, comprising the Prime Minister, Deputy Prime Ministers, relevant ministers, and the heads of the police, intelligence services and Threat Assessment Coordination Body, OCAM, turned the request down at its Thursday meeting, according to two sources quoted by Belga news agency.

On Friday, the Council of Ministers decided to keep the maximum military strength within OVG at 550 for another month.

Operation Vigilant Guardian began in January 2015, reaching a peak of up to 1,800 soldiers after the terror attacks perpetrated on 22 March 2016 at Zaventem Airport and Maelbeek Subway Station in Brussels. The numbers were later scaled down, and the maximum strength is now 550, although the real number, according to figures from early October, is now about 420.

This armed presence on the streets is the direct result of government-mandated diversity.  The different races do not naturally “play well” together, and inevitable “conflicts” arise when any forms of multiculturalism are imposed, but in order to make it work, it must be enforced by an armed military presence in the streets.

And because so many of the Muslim migrants just so happen to be “antisemitic,” the Jews of Belgium need special armed protection, which may explain why the request to reduce the armed forces patrolling the streets was denied.

Of course, the citizens of Belgium do not have the right to be armed in order to protect themselves and their families from the inevitable violence caused by diversity, so the only people left with guns in Belgium will be the migrant criminals and the army.  This is the utopian ideal after which all western nations are being modeled.

When Belgium was White, it was safe, clean, prosperous and apparently boring, which is why it needed to be “strengthened” by adding a million Africans and Muslims.  At least now with all the crime, filth, rape, theft, and murder it’s no longer boring in Belgium.