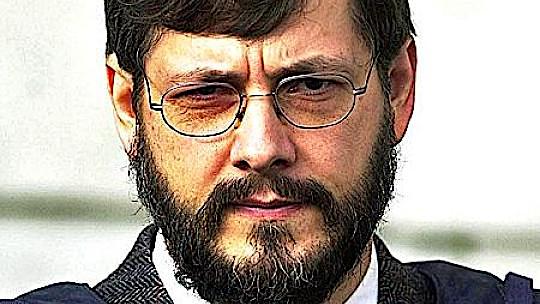 A Brussels court will hold a closed-door meeting on Thursday in order to assess a conditional liberation request from Marc Dutroux, a serial pedophile and child murderer who was serving life in prison:

The hearing will centre around the creation of a committee of experts capable of establishing a detailed profile of the prisoner’s mental state and of assessing whether he is at risk of recidivism.

Brussels’ criminal enforcement court (TAP/SURB) will meet in the prison of Nivelles, where Dutroux is being held, in order for the convicted killer to appear at the meeting, according to RTBF.

Dutroux was sentenced to life imprisonment in 2004 for abducting six girls aged between 8 and 19, and holding them in his cellar, where he repeatedly raped and tortured them.

He murdered his two oldest victims, 17-year-old An Marchal and 19-year-old Eefje Lambrecks. Two others, Julie Lejeune and Melissa Russo, both eight, died of starvation in his cellar.

Survivors Sabine Dardenne and Laetitia Delhez, aged 12 and 14 respectively at the time, were rescued by police after Dutroux and his accomplices were arrested.

Dutroux has been eligible for conditional release since 2013, but his series of crimes deeply scarred Belgium, with the prospect of his or his accomplices’ release in the past leading to public outcry.

A court decision in September to grant conditional freedom to Michel Lelièvre, one of Dutroux’s main accomplices, sparked fierce opposition and has seen calls for a massive “White March” to protest the decision.

Dutroux’s lawyers, who are preparing the conditional liberation request, have denounced the conditions in which their client is being held, with one of his attorneys, Bruno Dayez, has called it “scandalous” that he has been left to “rot” for half a century in prison, according to Le Soir.

Despite wide opposition to news of her client’s conditional release, Lelièvre’s lawyer said it was a “pragmatic choice,” since allowing him to serve out his full sentence “opened the door to no follow-ups upon release.”

These aren’t nearly all of Dutroux’s crimes against children; rather, they are merely those that he was selectively charged with.  Dutroux was connected with an elite pedophile ring that went all the way up the highest levels of power in not only Belgium but Europe as well.

All studies on pedophiles are conclusive that these deviants cannot be “cured,” and their chance of “recidivism” is virtually 100%, but those facts will be ignored by the court which is eager for any excuse to release this monster.  After all, the ‘thinking’ goes: how will we ever know if he’s “reformed” if we don’t release him back into society?

The release of Dutroux will send a loud signal to everyone that pedophiles have special privileges, especially those like Jimmy Saville, who procure children for the country’s elite.

On top of that, the release of Dutroux will serve to further demoralize the public, making them lose all faith that criminals will be properly punished by the corrupt and arbitrary “justice” system.