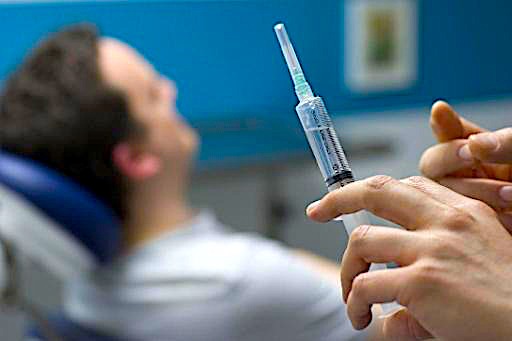 Euthanizing people with dementia is illegal in Belgium, but that didn’t stop a doctor from killing a young man with juvenile dementia four years ago and recently admitting to the crime, De Morgen newspaper reported:

Euthanasia is illegal, but the doctor told his story in order to open up the debate on the subject, he said.

The patient in question was suffering from juvenile dementia. Prior to his illness, there had never been discussion within the family about possible euthanasia and there was no declaration of intent. But during his illness, according to the family and caregivers, the patient had repeated several times that he wanted to “go”. The family sought assistance, to no avail.

The law on euthanasia stipulates that only a conscious and capable adult patient may request euthanasia.

However, the Open Vld (Flemish Liberal Democrats) announced last week that it wanted to extend euthanasia to people with dementia. The party wants euthanasia to be possible for people with advanced dementia who had indicated in advance that they wanted to be euthanised in such a case.

The family eventually found a doctor who listened. He said he was well aware that the act he performed was outside of the scope of the current law. “I hope that this story will show above all how complex and individual it all is and how carefully you must deal with all people involved. The [current] extension of the euthanasia law is not enough,” the doctor said.

Euthanasia is the epitome of the so-called ‘slippery slope’ concept; once you open the door in ‘extreme’ cases of ‘brain death’, the next thing you know, young people with symptoms of early on-set dementia are requesting to be killed, and then depressed teens who broke up with their girlfriends are next.

The intent is to ultimately open up state-sponsored euthanasia walk-in clinics where anyone who just doesn’t feel like living can end their lives without any legal or medical wrangling.  It’s your life, and no one has a right to tell you what to do with it after all.

Perhaps the best way to sell these euthanasia clinics to the brain dead public is to tie them into the global warming hysteria.  Today, many people are so traumatized by the specter of the earth literally heating up like an oven at Auschwitz that they need to seek psychiatric care.

And maybe as an extra incentive to kill yourself in order to reduce your ‘carbon footprint’, Brussels can have a Sidewalk of Fame, where people who agree to kill themselves to save ‘Mother Earth’ will be awarded their own star on the sidewalk.

Of course, only White people will be allowed to use these euthanasia clinics because ‘experts’ claim that White people have the largest ‘carbon footprints’.  How convenient.