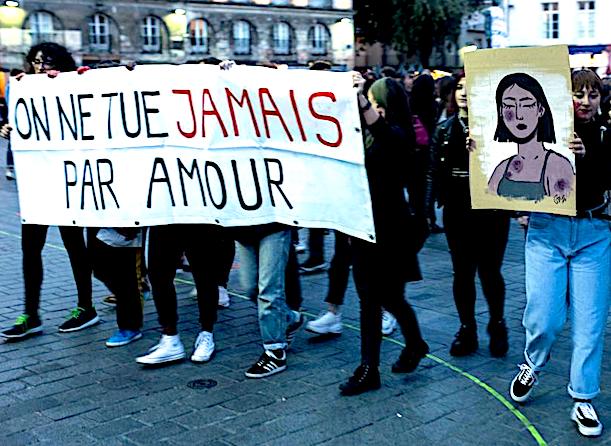 The number of femicide victims in Belgium far outnumbers the number of victims of terrorism but does not receive the same degree of attention, the director of Amnesty International Belgium said on Tuesday:

“We speak a lot about terrorism, but, when we are talking numbers — it’s femicide. In Belgium today, there are many more women who die under the blows of a partner than there are victims of terrorism,” Philippe Hensmans, who leads the Francophone division of the human rights advocacy organisation, said on air in La Première.

Hensmans, who was speaking on the occasion of the 71st anniversary of the Universal Declaration of Human Rights, said that violence against women remains a “major problem” staining Belgium’s human rights track.

“Year after year, the [figures] are unchanging,” Hensmans said, adding that, while there was “nothing new about the phenomenon,” it was perhaps more visible today, in part thanks to the growing number of women and advocacy groups stepping up efforts to push the subject higher up on the political agenda….

An estimated 23 women have been killed so far in 2019 and at least 36 in the previous year, according to unofficial figures, drawn from media sources due to no government record being kept of crimes of femicide.

In May, the Council of Francophone Women in Belgium issued a call for the government to recognise femicide as a specific crime, a demand which followed the attempted rape and murder of a 23-year-old student near Antwerp….

Hensmans also pointed to Belgium’s handling of migratory flows as another major issue regarding human rights in the country, saying it represented a “clear sign” of alarm, pointing to an erosion of human rights “in places where we thought these problems had disappeared.”

The majority of murder victims in Belgium are men, but that doesn’t concern anyone because men are not a recognized ‘oppressed’ identitarian group as women are.

That said, the hypocrites at (((Amnesty International))) pretend that there’s no connection between this surge in cases of ‘femicide’ and the huge influx of Third World migrants from Arab and African lands.

With a straight face, they protest government restrictions on the number of rapists and murderers into the country.

If they want more Belgian women murdered, then they need to completely open their non-existent borders to even more Muslims and Africans.  If migration is a priority, then they should celebrate the increase in femicide as objective proof that Belgium is doing its part to embrace diversity.