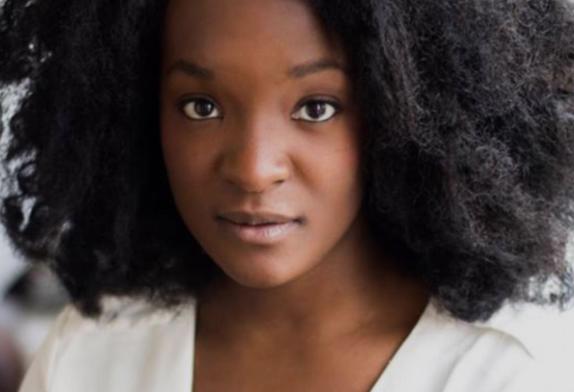 Cecile Djunga, an African woman who happened to be born in Belgium, has caused a national controversy after she posted a tearful video on Facebook demanding that “racist” Belgians accept her as a “real Belgian”:

It took just five minutes to film on her iPhone. But 2.1 million Facebook views later and Cécile Djunga’s emotional account of her first year as Belgium’s only black TV presenter has sparked a national debate about racism, drawn promises of a sea change in the representation of ethnic minorities in the media and led to an intervention from the prime minister.

…The video that has sent Belgium agonising over race – a reckoning that many believe has been a long time coming – had been intended as a light-hearted response to some of the more bizarre racist comments Djunga has endured since being announced in 2017 as the face of the weather on the channel La Une.

…What started as a personal appeal has become a national debate. Galvanised by Djunga’s message, Belgium’s leading francophone paper Le Soir called for action. RTBF among others has promised greater diversity in the presenters that they recruit.

Responding to Djunga’s appeal, Charles Michel, the Belgian prime minister, has warned that it will be the bigots in Belgian society who will have reason to be fearful in the future.

Djunga also wants Belgium to get to grips with the old prejudices that linger in part, she thinks, because of failures in telling the truth about the country’s colonial past. Until the publication of Adam Hochschild’s book King Leopold’s Ghost in 1998, there was little discussion about the 10 to 15 million people killed in the Congo Free State, run as a personal fiefdom by King Leopold II, whose presence is everywhere in modern-day Brussels.

“In Belgium, people do not know anything about colonisation or immigration. They feel it is all the fault of foreigners. I think in Belgium we have a problem in that we never explained the truth about colonisation, and it should be told in the schools,” she said.

The storm of protest over the treatment meted out to Djunga has coincidentally come as the anti-immigration N-VA, the Flemish nationalist party, a coalition partner in the Belgian government, has been forced to distance itself from a youth movement exposed as a cover for a far right antisemitic group. The Belgian prime minister’s insistence that a TV presenter should not be targeted over the colour of her skin was accompanied by a vow to also tackle those who target Jews.

Djunga, from the Brussels suburb of Woluwe-Saint-Pierre – one of five daughters of an Angolan midwife and a Congolese hospital manager who came to Belgium 50 years ago for work – watched her parents suffer from racist attitudes.

Her own aspirations to be a Shakespearean actress were blocked, she believes, because of the colour of her skin.

But the outcry in the past few days offers her hope. “I think people were touched and were angry,” she said. “The racists are a minority. Belgium is behind – but it can change.”

The Belgian Prime Minister accidentally let the cat out of the bag and revealed what this controversy is really about: Jews.  This whole debate about whether or not Africans are real Belgians is not what is at issue here at all.  The real issue is whether or not Jews can be Belgian or any other White European ethnicity.  Jews use their political and financial power to force White people to accept Blacks like DJiunga into their societies because by accepting Blacks they are forced to accept Jews.  If you aren’t allowed to reject Blacks, you can’t reject Jews.

And this “tearful” Black aspiring actress who wants to be accepted as a real Belgian has no clue whatsoever that she is being used by Jews to further the jewish agenda, nor would she care if she did know, as long as she benefits.

The laws in Belgium that criminalize “racism” were put in place not to protect deranged Blacks who think they are real Belgians but rather to protect Jews who want to live in Belgium and subvert it by turning it into a jewish multi-cultural utopia where White Belgians are second-class citizens in their own country.  And if White Belgians have to be thrown in jail to make that dream a reality, then so be it.