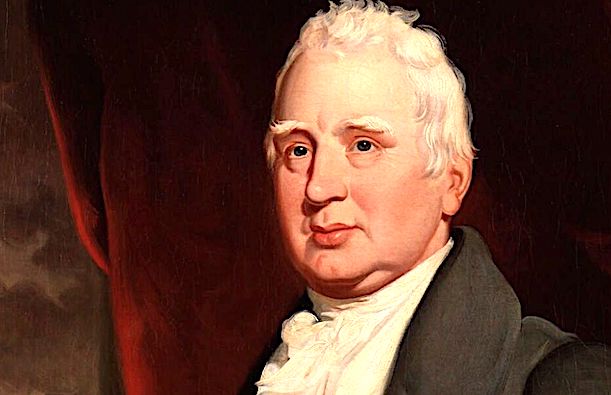 Enthusiasts intending to celebrate the 200th anniversary of Rural Rides, a much beloved book by the 19th century British writer William Cobbett, have dropped their plans after Jews complained that his works were riddled with so-called “Jew-hate”:

Cobbett’s Rural Rides, in which he writes of his encounters with labourers in southern England to highlight the agricultural crisis of the early 1820s, has become a touchstone work for some on the left. However, his speeches to rural labourers quoted in the book are peppered with antisemitic rants, as Cobbett blames the crisis on “Jewish money” in the City.

Edward Fennell, founder of Hyde900, a Winchester history group, had been among those planning a festival to commemorate the publication of Rural Rides. He told the Hampshire Chronicle: “Within Rural Rides there were a number of gratuitous antisemitic and racist comments which seemed at odds with Cobbett’s generally ‘progressive’ opinions [and] organisers thought that they needed to be investigated further.”

Mr Fennell added that research showed that several of Cobbett’s other works – which have been largely forgotten and are no longer in print – were also filled with antisemitic rants.

He said: “As a result, it was decided that it could not be justified to hold an event which, as one person observed, ‘put him on a pedestal’.

Nonetheless the decision was taken with considerable disappointment.# “As an activist, Cobbett exposed corruption, stood up for justice for ordinary people, suffered imprisonment for challenging oppressive authorities and was a champion of the poor. His observations about life in Hampshire in the 1820s still has much value and is worth study. But his extreme (and truly vile) attitudes mean that a celebration of his life would now be completely inappropriate.”

It is absolutely inconceivable to Jews that someone like Cobbett who was a genuine champion of the common man against the abuses of the rich — a role that Jews have attempted to monopolize under the rubric of Jewish Marxism — could actually believe that Jews conspired with the landed aristocracy to rip off and impoverish the common British laborer.

But it wasn’t just in England that the Jews and the aristocracy ganged up to exploit the peasant class — they repeated this symbiotic relationship in many other countries, especially Poland — as Cobbett himself pointed out.

Jews act as if William Cobbett’s unflattering opinions about them have absolutely no basis in reality — rather, they would have us believe that this brilliant, popular writer and activist just woke up one day and completely fabricated slanders against Jews — for no reason whatsoever.

How is it possible that Cobbett repeatedly endorsed King Edward’s expulsion of the Jews from England in 1290 — and lamented that they’d ever been allowed back in?

Only a “truly vile” antisemite could hold such “medieval” views about Jews.

When it really comes down to it, Corbett’s views about politics, economics, and Jews have much in common with National Socialism — he’s like Adolf Hitler and Karl Marx all rolled into one — how dare he?

Here are a few choice William Corbett observations about Jews — that have now gotten him “cancelled” 200 years after the fact:

“[Jews are] everywhere are on the side of oppression, assisting tyranny in its fiscal extortions; and everywhere they are bitter foes of those popular rights and liberties.…It is amongst masses of debt and misery that they thrive, as birds and beast of prey get fat in times of pestilence.…This race appear always to have been instruments in the hands of tyrants for plundering their subjects; they were the farmers of the cruel taxes; they lent a support to despotism, which it could not otherwise obtain.”
—William Cobbett, Good Friday: or the Murder of Jesus Christ by the Jews

“Let us, when [the rich] have the insolence to call us the ‘lower orders,’ prepare ourselves with useful knowledge, and let these insolent wretches marry amongst one another, ‘till, like the Jews, they have all one and the same face, one and the same pair of eyes, and one and the same nose. Let them, if they can, prevent their footmen from bettering their blood and from reinforcing the limbs of their rickety race; and let us prepare for the day of their overthrow. They have challenged us to the combat. They have declared war against us.”
—William Cobbett, Political Register, Dec. 3, 1817

“[Jews] did not merit any immunities, any privileges, any possessions in house, land, or water, any civil or political rights.…They should everywhere be deemed aliens and always at the absolute disposal of the sovereign power of the state, as completely as any inanimate substance.”
—William Cobbert, as quoted by Anthony Julius in Trials of the Diaspora, p. 401