Bill Before Senate To Give 80,000 Jewish Holocaust ‘Survivors’ In America Free Elder Care 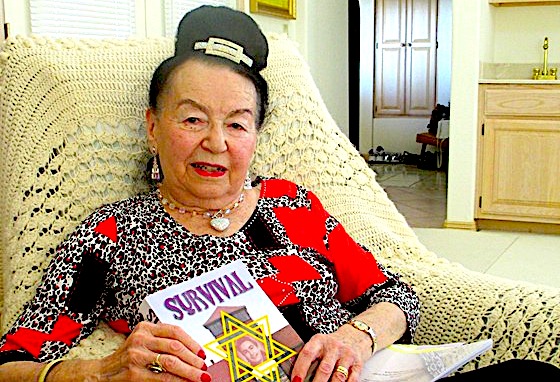 A group of U.S. Senators who just so happen to be jewish introduced “bipartisan” legislation that will “prioritize” health care and nutrition services for Holocaust survivors:

The bill introduced by Sens. Ben Cardin, D-Md., Kevin Cramer, R-N.D., and Jacky Rosen, D-Nev., incorporates several provisions into the Older Americans Act to ensure that Holocaust survivors have care and services tailored to their needs.

“Holocaust survivors came to the United States seeking refuge from unimaginable horrors. They have lived their lives here and enriched our nation. With an average age of 85, we have an obligation to provide Holocaust survivors the community support and special services they need to live out their final days,” Cardin said in a statement.

More than 300 national, state and local organizations – most Jewish organizations including Jewish federations, Holocaust education organizations and synagogues – signed a letter of support for the legislation

There are about 80,000 Holocaust survivors living in the United States, with one-third of them living at or below the poverty line. Aging Holocaust survivors have needs similar to other older Americans, but institutionalized settings, with confined spaces or restrictions on food, can induce panic, anxiety, and re-traumatization due to their Holocaust experiences, the bill notes.

The bill would include Holocaust survivors as a designated group with the greatest social need within the Older Americans Act; promote technical assistance and training for nonprofits that serve older adults experiencing the long-effects of trauma; and ensure that the providers of nutrition services through the Older Americans Act can meet the special dietary needs of Holocaust survivors when there is sufficient demand in a community.

You read that right: apparently “forcing” old Jews to live in nursing homes like the rest of Americans “re-traumatizes” them and brings back unpleasant memories of living in concentration camps.  So to avoid this “trauma,” American taxpayers will now foot the bill to keep them in their own homes by providing expensive in-home private nursing care around the clock.  This is yet another example of jewish exceptionalism, otherwise known as “white privilege”.

And this is why it is absolutely crucial that the so-called Holocaust be exposed for the criminal shakedown operation that it is.

Apparently, America doesn’t have the same “obligation” to provide such expensive care to WWII veterans to risked their lives to defeat the Germans on behalf of world Jewry.  No, those veterans can rot homeless on the streets while so-called Holocaust “survivors” who never risked anything for this country will be provided with private care that only the wealthy can hope to afford.  And this outrageous proposal has “bipartisan” support in the U.S. Senate, which means no one has the guts to vote against it for fear of being run out of office in the next election cycle.