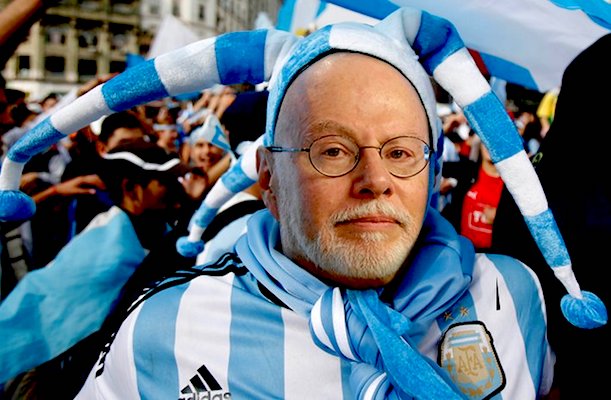 Start-Up Nation Central, billionaire hedge fund manager Paul Singer’s project to bolster Israel’s tech economy at the expense of American workers, was founded in response to the global Boycott, Divest and Sanctions (BDS) movement that seeks to use nonviolent means to pressure Israel to comply with international law in relation to its treatment of Palestinians:

With nearly 6 million Americans unemployed and regular bouts of layoffs in the U.S. tech industry, major American tech companies like Google, Microsoft and Intel Corporation are nonetheless moving key operations, billions in investments, and thousands of jobs to Israel — a trend that has largely escaped media attention or concern from even “America first” politicians. The fact that this massive transfer of investment and jobs has been so overlooked is particularly striking given that it is largely the work of a single leading neoconservative Republican donor who has given millions of dollars to President Donald Trump.

To make matters worse, many of these top tech companies shifting investment and jobs to Israel at record rates continue to collect sizable U.S. government subsidies for their operations while they move critical aspects of their business abroad, continue to layoff thousands of American workers, and struggle to house their growing company branches in Israel. This is particularly troubling in light of the importance of the tech sector to the overall U.S. economy, as it accounts for 7.1 percent of total GDP and 11.6 percent of total private-sector payroll.

Furthermore, many of these companies are hiring members of controversial Israeli companies — known to have spied on Americans, American companies, and U.S. federal agencies — as well as numerous members of Israeli military intelligence as top managers and executives.

This [Start-Up Nation] project is directly linked to Israeli Prime Minister Benjamin Netanyahu, who in recent years has publicly mentioned that it has been his “deliberate policy” to have former members of Israel’s “military and intelligence units … merge into companies with local partners and foreign partners” in order to make it all but impossible for major corporations and foreign governments to boycott Israel.

In this report, MintPress identifies dozens of former members of an elite Israeli military intelligence unit who now hold top positions at Microsoft, Google and Facebook.

Singer’s nonprofit organization has acted as the vehicle through which Netanyahu’s policy has been realized, via the group’s close connections to the Israeli PM and Singer’s long-time support for Netanyahu and the Likud Party. With deep ties to Netanyahu, the American Israel Public Affairs Committee (AIPAC), and controversial tech companies — like Amdocs — that spied on the American government, this Singer-funded organization has formed a nexus of connections between the public and private sectors of both the American and Israeli economies with the single goal of making Israel the new technology superpower, largely at the expense of the American economy and government, which currently gives $3.2 billion in aid to Israel annually.

First the Jews, whom we “trust” to run our economy because of their acute “business expertise,” undermine our world-leading industrial base, using their control of our unions to drive up costs.

Then they remove tariffs which protect our domestic markets and industrial jobs, and then allow cheap foreign-produced junk to flood our markets and undercut our own workers again.  Anyone who objects is smeared as an ‘isolationist’.

This is all done under the guise of the banner of good old “American” capitalism.

When our industries can no longer “compete”, they de-industrialize our economy, with the help of ruinous free-trade agreements, like NAFTA, then ship the infrastructure overseas to Third World countries to set up their new companies using near slave labor to run them, which again floods our markets with cheap products and displaces more U.S. companies.

They then reassure us that America will now be the “leader” in hi-tech and service industries, but that’s where Singer and his cronies step in and start surreptitiously relocating the most lucrative and powerful hi-tech jobs to his jewish co-ethnics in Israel.  He who controls the technology shall control the world from Jerusalem.

And they wonder why people become “antisemitic” just out of the blue, for no reason whatsoever.