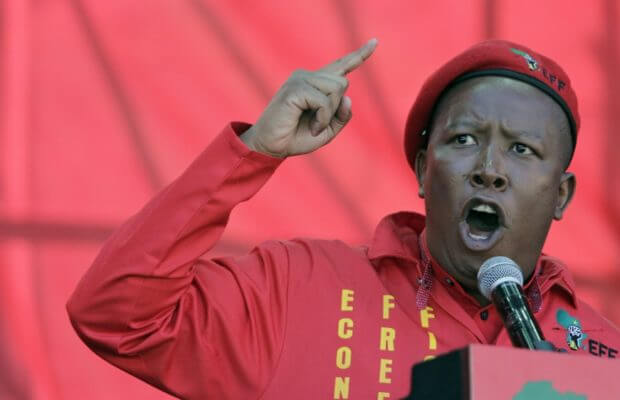 A video has been released showing the Black communist politician Julius Malema admit that Blacks in South Africa are not actually native to the region, but instead migrated to the area from the north after Whites arrived:

In this video by Willem Petzer we see a clip where Julius Malema, the leader of the EFF admits that black people are not native to South Africa. And this from someone who is advocating the killing of the boers (farmers), Boers being a broader term for the whites in the country.

He continually calls for the land to be returned to the blacks as it was stolen by whites from them. But in his speech he admits that they came from the North and found Khoisan people, who, according to him, welcomed them, but the black tribes in fact slaughtered these indigenous peoples.

The inconvenient truth is that the land of South Africa was virtually uninhabited prior to the arrival of White Europeans.

It wasn’t until after the Whites had begun to create a vibrant civilization there that Blacks from other areas of nearby Africa migrated into the area seeking work. And it was these Black migrants who were the ones who killed off the tiny population of so-called “native” Black bushman who lived in a small section in the northern part of the country.

But these facts do not conform to Big Brother’s official history of White exploitation and Black victimhood, and therefore, it must be ignored and put down the memory hole.