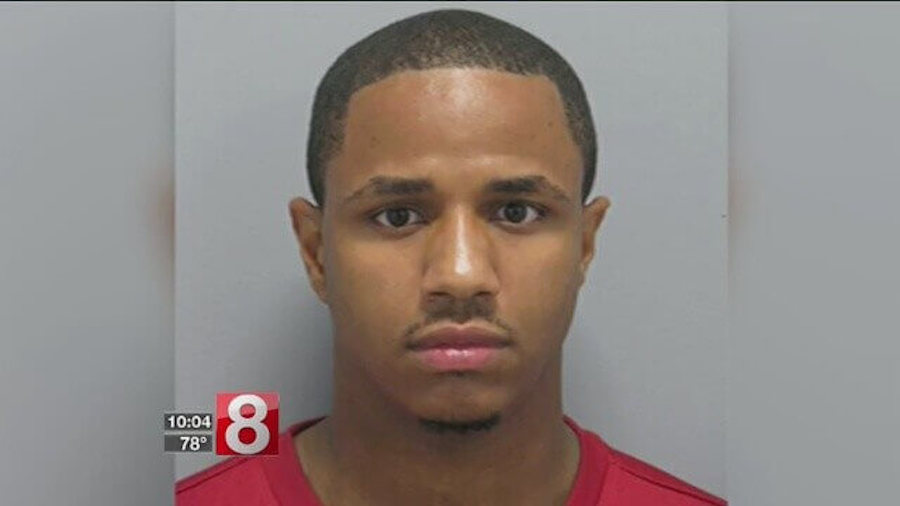 On the surface, the individual pictured above could be interpreted as one who appears quiet and non-aggressive. Looks can be deceiving as the hunt for this serial killer came to an end as he was caught by investigators in the act with another victim:

Danueal Drayton’s former foster family has been keeping a low profile inside their Hamden home since news broke Wednesday that the 27-year-old man was arrested in California in connection to the murder of a woman and the rape of another woman he met on the dating app, Tinder.

Detectives from New York City tracked Drayton to a hotel room in North Hollywood, Calif., where they say he was holding another woman captive.

The person who answered the door declined to give their name for the record and turned down a request to be interviewed on camera. But, they were adamant the man whose mugshot is now going viral after police said he could be linked to the murders of up to seven women he met through dating apps, hasn’t lived at the Hamden address since he graduated high school. A family representative said they were “heartbroken” and asked for privacy.

Drayton has several criminal convictions in Connecticut involving violence against women. He was sentenced to prison for a 2011 strangulation case. Other convictions include unlawful restraint, violation of a protective order and harassment.

He is being held in California pending extradition to New York.

Contrary to popular belief, that majority of serial killers and mass murderers are not White anymore.

As America has turned more and more brown, so have these psychotic criminals.

Yet whenever one of these cases arises, the media downplays it, virtually ignoring it because it contradicts the false narrative they are promoting of diversity and “evil” Whites.

Luckily, because of their low IQ, Black serial killers like Drayton are often caught before they can kill large numbers of victims.