Black Drake U. Student Who Admitted to Racist Hoax Letters Not Arrested or Expelled 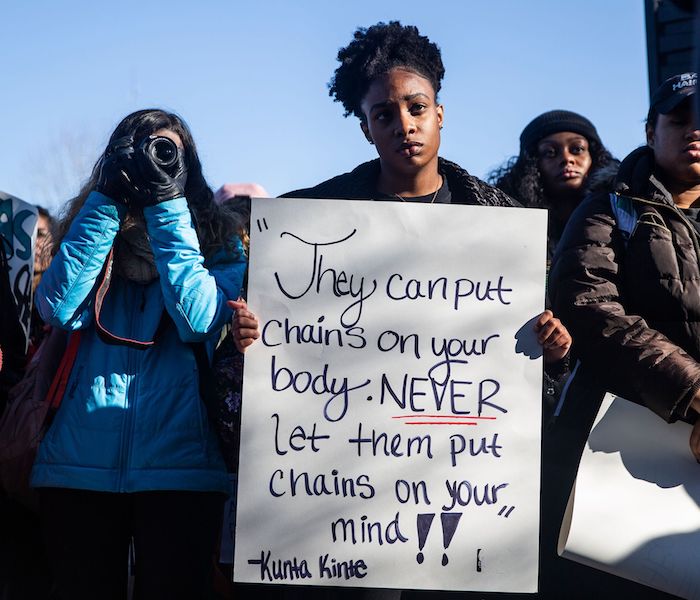 Kissie Ram, a Black student at Drake University in Iowa, admitted to police that she lied when she claimed that she’d received racist notes under the door of her dorm:

The Des Moines Police Department said Kissie Ram is charged with making false reports to a public safety entity after allegedly faking a racist letter she reported finding on Nov. 28.

Des Moines police Sgt. Paul Parizek said Friday that two female students reported receiving racist notes under their door on Nov. 13 and Nov. 15 and that the same students reported receiving an additional note on Wednesday. Investigators later determined that Ram was responsible for creating the racist note she claimed to have received, and it’s likely she is responsible for the “copycat hoaxes.”

Police said Ram was not booked in to jail, but was issued a misdemeanor summons.

Drake University spokesperson Jarad Bernstein said the student will be subject to discipline, including possible expulsion.

“We started having a little different tone of a conversation with the two victims,” Parizek said. “Unfortunately, one of them admitted that she was, in fact, responsible for the note that was written and reported to the police on (Wednesday).”

Authorities continue to investigate an incident that happened Nov. 7, but they said the victim is not cooperating with officials.

“I don’t think the fact that it’s bogus is going to take the wind out of the sail of the people who want to do the right thing and want to have the unity in our community,” Parizek said.

Aside from the notes, officials reported that about 250 Drake phones received 75-second robocalls a few weeks ago that said African-Americans should be “expelled” to Africa. The robocalls have been linked to Idaho-based white supremacist group The Road to Power, which is the same group that sent out calls to Latinos after Iowa college student Mollie Tibbetts died.

“As painful as these recent events have been, they have sparked important discussions and reflection and have brought us closer together as one Drake community,” Drake University president Marty Martin said. “We all have work to do as we further our commitment to equity and inclusion, but (we) can be proud of our response, our values and our conviction.”

…Gant said he hopes the discussion ends up moving toward the question of what policy changes need to be made and what can be done at higher levels to help students of color feel safe. He said there are signs of progress.

“People aren’t just hanging signs. People are actually going up to students of color and asking them, ‘What can I do for you?’ But it’s that dialogue that started this, and it’s that discussion that will carry this whole movement across.”

This article is so politically correct that the writer cannot even bring themselves to state that the perpetrator of the race hoax is Black.  And the coverage makes it clear that even though this whole incident has been a fraud perpetrated against Whites, the brainwashed White students interviewed are not angry or demanding swift and severe punishment.  These White liberals will make up excuses for the Black criminal here and blame themselves and their “white privilege” which caused this Black student to “terrorize” this campus with a fake hate crime.

In a sane world, if the police are going to charge people with genuine “hate crimes,” then they should also be punishing those who fake hate crimes with the exact same severity otherwise there is nothing to deter minorities to do this again — and they will because every time it happens, it furthers their radical agenda and further cowers Whites into submission.  If these liberals truly want to right “racism,” a good starting point would be to first condemn these hoaxes, but that would require them not to be hypocrites, and that’s asking way too much.