Black Farmers’ Crops Fail So They Sue Whites For Discrimination 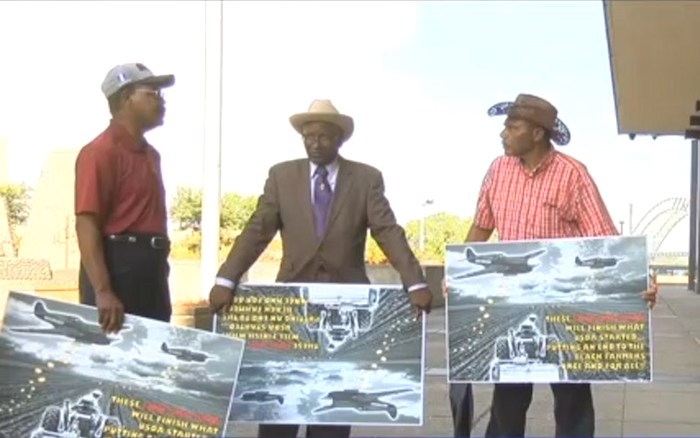 When last year’s soybean crop yield wasn’t what they expected, a group of incompetent Black farmers concocted a lawsuit alleging that a White-owned seed company intentionally sold them “sub-standard” seeds just because they were Black and thought they could get away with it:

The lawsuit—which would be laughable if it did not have such serious time and money-wasting consequences for the company being sued—is the product of the blacks-only “Black Farmers and Agriculturalists Association” headquartered in Tillery, North Carolina.

The black farmers claim in their lawsuit that Iowa-based Stine Seed Company purposefully switched seeds in order to sell black farmers a subpar product at the Mid-South Farm & Gin Show in March 2017.

Despite above average rainfall, the black farmers saw limited soybean yield from the Stine seeds during the 2017 harvest.

“Mother nature doesn’t discriminate,” President of Black Farmers and Agriculturalists Association Thomas Burrell said. “”It doesn’t rain on white farms but not black farms. Insects don’t [only] attack black farmers’ land…why is it then that white farmers are buying Stine seed and their yield is 60, 70, 80, and 100 bushels of soybeans and black farmers who are using the exact same equipment with the exact same land, all of a sudden, your seeds are coming up 5, 6, and 7 bushels?,” he asked, refusing to even consider the obvious answer.

The blacks claim that the seeds which were sold to them were “not certified Stine seeds” and that the “distributor working for Stine Seed Company used labeled certified seed backs—tampering with factory sewn seals, in order to remove the certified seeds.”

Burrell said that the motive was that “farming is a very competitive industry and unscrupulous people see black farmers as easy prey. He said by hurting those farmers’ bottom line, someone else would be able to swoop in and buy up the land that belongs to black farmers.”

Nowhere — and at no time — in the history of the world are there any examples of Black societies successfully farming land for any sustained period of time and feeding themselves. And whenever Blacks had been given free land to farm — after the Civil War and in post-colonial Africa — almost all of their farms failed.

But of course, this consistent failure must have been the White man’s fault.  Blacks have never failed at anything just because they are incompetent.

And there weren’t “a million” Black farmers 80 years ago–unless you define a farmer as someone who has a vegetable garden growing on their property, growing just enough to feed only himself–and maybe his family. That’s a “Black farm”.

A White farm produces enough food to feed an entire community — or more — which has been why White societies succeed — they can feed themselves and each other.

The most fertile soil in the world is in Africa, but the Black population is always on the verge of starvation — because of “White racism”.