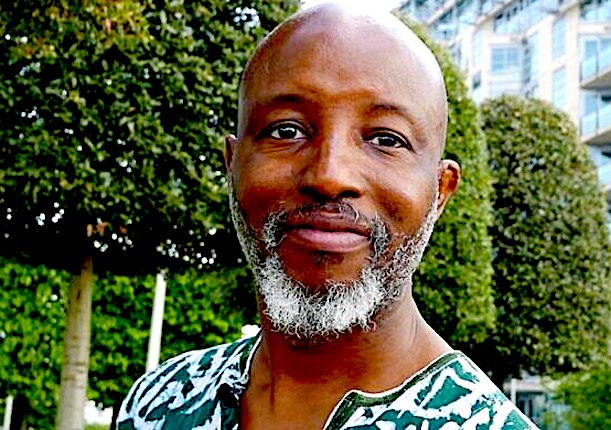 Toyin Agbetu, an appointee to London Muslim mayor Sadiq Khan’s ‘statue diversity’ commission has been forced to resign today after being accused of antisemitism — for stating the obvious — that Jewish suffering in the “Holocaust” is considered more important than the suffering of Africans in the slave trade:

Activist Toyin Agbetu was among 15 members appointed by the London Mayor for his Commission for Diversity in the Public Realm, which will review the capital’s landmarks.

But Agbetu has now relinquished the role after blog posts commenting on Jewish people were brought to City Hall’s attention by the Jewish News.

Among them are posts which Agbetu claimed there was an “immoral hierarchy of suffering” which had seen victims of the Holocaust “served well by Nazi hunters” compared to African victims of the slave trade.

Agbetu, who is also a member of Hackney Council’s review of naming in public spaces, also praised academic Tony Martin, who urged his students to read a book called ‘The Secret Relationship Between Blacks and Jews.’

In a blog post, Agbetu paid tribute to the academic Tony Martin – who wrote a book called The Jewish Onslaught – as “a first class historian.”

The Jewish Onslaught was condemned by Martin’s own faculty members as antisemitic when it was released in 1994.

But Agbetu wrote in 2007: “His alleged ‘crime’ was being the author of a book that explored the role of Jews in the Mafia,” adding that Martin was “a reputable academic.”

A letter signed by Agbtu stated that the Chakrabarti inquiry into “antisemitism and other forms of racism” in Labour was unwittingly discriminatory as “racism against Jewish people is set apart from racism and prejudice against other people.”

The posts, first uncovered by Shaun Bailey, the Conservative challenger in May’s election, is the latest controversy to hit the left-wing activist after he was also accused of posting anti-vaccine comments on social media.

Bailey had called for Agbetu to go. “Agbetu’s record of anti-Semitic comments and anti-vaccine lies put him beyond the pale,” he said.

“One of the best ways for a Mayor to tackle discrimination is to show that City Hall won’t tolerate it.”

A spokesperson for the mayor said Sadiq Khan had a “zero-tolerance policy towards racism and prejudice in any form, and all allegations of this nature are taken extremely seriously.”

“Toyin Agbetu has today resigned from the Commission for Diversity in the Public Realm and the Mayor believes this is the right course of action,” he said.

Agbetu did not respond to requests for comment from Jewish News.

That Agbetu was essentially fired because he offended Jews proves his point — that if you question the Jews’ status as the World’s Ultimate Victims™, your career — and even your life — can be canceled.

The book details how Jewish supremacist groups — at the behest of the Anti-Defamation League — harassed Tony Martin on campus at Wellsley College because he dared expose — using meticulous research — the Jewish dominance of the African slave trade — and of organized crime in America.

The Jews couldn’t dispute Tony Martin’s historical research — though they’ve tried — and so they smeared him as an “antisemite” and tried to destroy his career and get him fired.

If they were honest, Jews would just admit their large role in the slave trade and apologize for it — the way many weak-kneed Whites have — but they can’t do that for fear that Blacks would demand reparations from the Jews instead of the American government.

And if they paid off Blacks for the slave trade, they’d also have to compensate the families of 60 million Christian Russians ethnically cleansed by the Jewish Bolsheviks.

And it will never happen because Agbetu is correct — Jewish suffering — even if it’s imaginary — is far more important than anyone else’s real suffering — especially the suffering of Christ on the cross.

Here is what some “credible” Jewish writers and historians have stated about the Jewish involvement in the slave trade:

“Almost all the early Jewish settlers in America belonged to the wealthy classes, it was natural for [jews] to accept the institution of slavery as they found it, and to derive as much benefit from it…” “[slavery] was principally in the hands of the Jews.”
—Peter Wiernik, History of the Jews in America, Jewish Press Publishing Co., New York, 1912

“… [The Jews] were the largest ship chandlers in the entire Caribbean region, the shipping business was mainly a Jewish enterprise … The slave ships were not only owned by Jews, but were manned by Jewish crews and sailed under the command of Jewish captains.”
—Seymour Liebman, New World Jewry, 1493-1825 , Ktav Publishing House, 1982

” All through the eighteenth century, into the early nineteenth, Jews, in the North were to own black servants; in the South, the few plantation owned by Jews were tilled with slave labor. In 1820, over 80 percent of all Jewish household in Charleston, Richmond, and Savannah owned slaves, employed as domestic servants; …40 per cent of all Jewish households in the United States owned one slave or more. There were no protests against slavery as such by Jews in the South… But very few Jews anywhere in the United States protested against chattel slavery on moral grounds.”
—Jacob Rader Marcus, United States Jewry, 1776-1985, Wayne State University Press, 1990

“Jewish entrepreneurs were engaged in the slave trade on the North American mainland, participating in the famous triangular trade.”
—Priscilla Fishman, Jews of the United States, Quadrangle – New York, 1973

“The West India Company, which monopolized imports of slaves from Africa, sold slaves at public auctions against cash payments. It happens that cash was mostly in the hands of Jews. The buyers who appeared at the auctions were almost always Jews, and because of this lack of competitors, they could buy slaves at low prices. On the other hand, there was also no competition in the selling of the slaves to the plantation owners and other buyers … Profits up to 300 per cent of the purchase value were often realized with high interest rates … If it happened that the date of such an auction fell on a Jewish holiday the auction had to be postponed…[Jews] dominated the slave trade”
—Arnold Wiznitzer, Jews in Colonial Brazil, Columbia University Press, 1960

“American Jewish merchants, using their religio-commercial connections, enjoyed a competitive advantage over many non-Jews engaged in the same lucrative inter colonial trade. Since the West Indian trade was a necessity to America’s economy and since this trade was, in varying degrees, controlled by Jewish mercantile houses, America Jewry was influential in the commercial destiny of Britain’s overseas empire…and hence Jewish traders in New York had a marked advantage over others in this West India trade.”
—Stanley Feldstein, The Land That I Show You: Three Centuries of Jewish Life in America, Anchor Press, 1978

“Those who succeeded in establishing themselves under Dutch jurisdiction prospered as traders, middlemen, interpreters and brokers of slaves. The West India Company monopolized the import of slaves, but the private entrepreneurs ran the slave auctions. Among these were numerous Jews who also provided the credit that plantation masters needed until the sugar crop was brought in. Considering that the mill owners found it cheaper to replace a slave every seven years than to feed him properly, business was brisk.”
—Judith Elkin, The Jewish Presence in Latin America, Allen & Unwin Publishing, 1987

“In the first half of the seventeenth century all the great sugar plantations in Brazil were in the hands of Jews.”
—Abram Leon, The Jewish Question: A Marxist Interpretation, 1971

“The first Jews that Poles encountered must certainly have been traders, probably slave traders, of the type called in the 12th-century Jewish sources holekhei rusyah.”
—Encyclopedia Judaica, v. 13, pp. 710