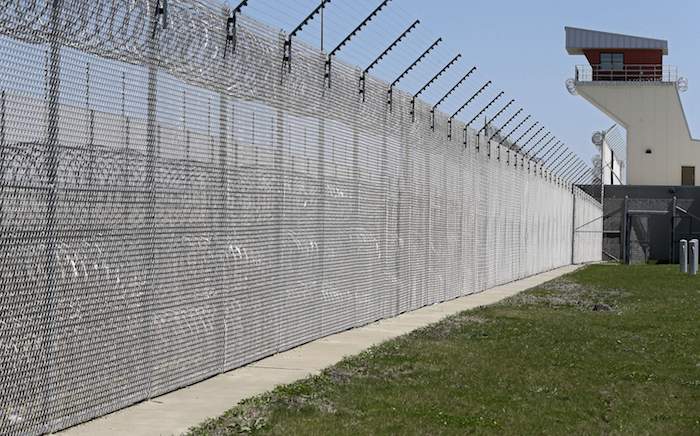 A group of inmates at an in Iowa state prison, lead by Allen Curtis Miles, a Black man convicted of first degree murder, is suing the facility for $25,000, claiming that its ban on pornography is a violation of their constitutional rights:

A group of Iowa prison inmates are suing to block a new law banning pornography in the state’s prisons, dismissing the rule as an unconstitutional act of “religious tyrants” trying to impose morality by force.

Led by Allen Curtis Miles, a lifer locked up for first-degree murder, 58 inmates of the Fort Dodge Correctional Facility are seeking $25,000 each in damages, alleging the ban violates their constitutional rights.

Judge Robert Pratt of the US District Court in Des Moines initially refused the suit for lacking the proper paperwork and fees, but permitted the inmates to refile this week with the proper procedural formalities.

The “reading rooms” were established after a 1988 federal court ruling found the state’s ban on sexually explicit materials in prisons to be vague to the point of unconstitutionality.

The prisoners’ suit echoes that original decision. Terms like “explicit nudity” are too vague to legislate, they say, adding that these terms stem from enforced religious morality and that attempting to impose them on the inmate population violates the separation of church and state, but it’s difficult to tell what the writers had in mind in some places.

“If God wanted us clothed, he would have adorned unborn with linens prior to birth,” reads one point. The inmates also argue that if female correctional officers can’t handle the sight of an occasional nude picture, they should seek employment elsewhere.

Others consider the “reading rooms” a waste of resources – a staff member has to escort the inmate to the room, wait until they’re “finished,” escort them back, and then examine the item to be sure it wasn’t tampered with. “When we discussed this issue with lawmakers, the broad point was that any staff time spent supervising these types of activities was staff time that could be spent more productively,” explained Iowa Department of Corrections spokesman Cord Overton.

Iowa Senator Rich Taylor, however, disagreed. “Males have a certain chemistry and I think that this is going to cause, if they don’t have a way to relieve their sexual frustrations other than other offenders, that they’re going to find another way and I’m just afraid that that other way is on other inmates or even possibly staff. I think it’s a bad move for the prisons to do this.”

Clearly, the skyrocketing number of sex offenders in the prison system can be attributed to the proliferation of free pornography on the internet, and the increase in the number of non-Whites in the general population.  The idea that giving inmates pornography will reduce prison rape is the height of liberal lunacy; if anything, it will only increase prison rape by stoking their already uncontrolled libidos.  Rape has become a very common crime in this country, especially Black on White rape, and there can be no doubt that inter-racial porn sites, which are very popular among Blacks, is a significant factor in this epidemic.

Our Founding Fathers didn’t mention access to pornography in prison as an “inalienable right” in The Constitution, but that’s probably because they were “racists” who didn’t consider Blacks to be humans with certain “needs” even when in prison.  Now that the Civil Rights Movement corrected this “racist” oversight of the Founding Fathers, The Constitution will have to be reinterpreted so that access to pornography is put on par with freedom of speech.