Black South African Radical Leader Threatens to Kill All Whites, Even Their Pets 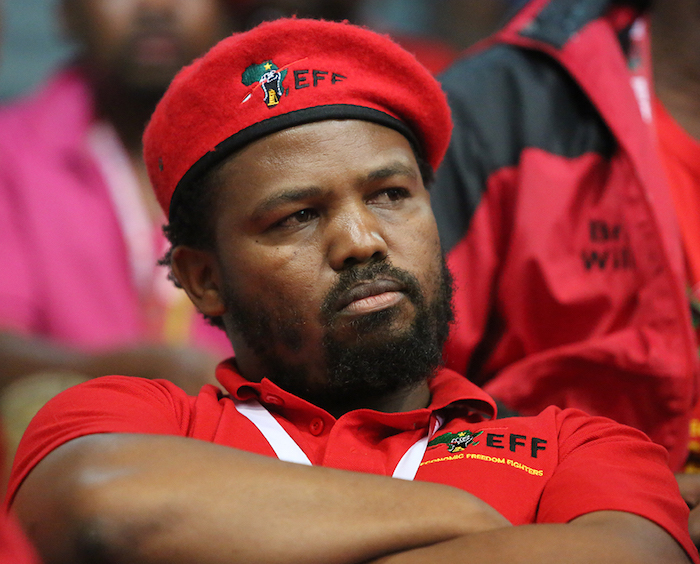 Andile Mngxitama, the “Black First Land First” leader with close tied to Julius Malema’s communist Economic Freedom Fighters (EFF) party, has ruffled a few feathers by calling for the wholesale murder of South African Whites — and their pets, too:

South Africa has been roiled in a political crisis for months amid Pretoria’s plans to force white farmers to give up their homes and farms as soon as next year, in accordance with government efforts to amend the constitution to allow for land expropriation without compensation.

Black First Land First leader Andile Mngxitama has been accused of hate speech following the emergence of a clip showing him openly threatening to kill South African whites and their pets during a rally over a row with a business magnate, the country’s national media have reported.

Mngxitama had his Twitter account suspended while attempting to backtrack on his comments, tweeting that “If you Kill black people. Will kill you too!!!” [sic], invoking white South African billionaire and Johann Rupert, whom he had accused of paying “taxi bosses” to spark black on black violence during his speech.

The Democratic Alliance and the Congress of the People parties have reported the fringe politician to the South African Human Rights Commission and the Equality Court for what DA said were his “vile and distasteful remarks.”

Joe McGluwa, a DA candidate for the post of premier of North West province, said that Mngxitama’s “dangerous rhetoric must be condemned and rejected in the strongest terms,” and urged authorities to “act” against the politician “and his pseudo-revolutionary grouping.”

This is not the first time that BLF has been in trouble for extremist rhetoric. Earlier this year, a party spokesman told The Citizen newspaper that they considered white existence itself “a crime” while repeating the party’s slogan “land or death.”

Clearly, this is just a mere “cultural” misunderstanding.  Uptight Whites don’t know when Blacks are actually committing violence or just joking about it.  But Mngxitama serves an obvious political purpose — if given the choice between him and Ramaphosa, most Whites will choose Ramaphosa, without realizing that in the end, they will get Mngxitama and Malema.  Ramaphosa is the “reasonable” Black voice of “restraint” behind which lurks the belly of the beast chomping at the bit to show its true face.

Censoring Mngxitama will only make things worse, as their is wide-spread support among Blacks for his “radical” views otherwise he never would have Tweeted them.  Millions of Blacks in South Africa are merely waiting for the call to start raping and looting, and when that happens there will be no way to put the lid back on the uprising.  Blacks don’t care if they destroy the country as long as they get some free stuff along the way.