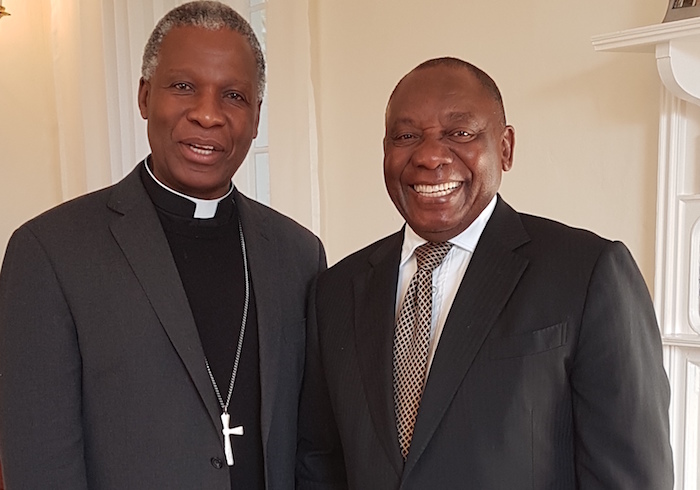 Anglican Archbishop of Cape Town Thabo Makgoba says South Africans need to be liberated from their instinct to solving problems through violence:

During his Christmas eve sermon on Monday, Makgoba said it was worrisome that South Africans resorted to violence to solve their problems.

“We will not be able to say that the quality of life for ordinary South Africans has been improved by our liberation from oppression until we are also liberated from our instinct to solve problems through violence, whether in schools, in workplaces or in political campaigning,” he said.

Makgoba made reference to the many service delivery protests, strikes and incidents at schools where pupils were fighting each other and attacking teachers.

“And at the same time, as highly contested elections loom next year, we are seeing a spike in threats of violence, as well as the ongoing killings of political opponents in some parts of the country,” he said.

He said he wanted all South Africans to “examine” their behaviours and that of the institutions they worked closely with.

He said while South Africa was “a nation that has grown up believing that outcomes are achieved only through violence”, that needed to be acknowledged but at the same time addressed.

“The flames of darkness associated with violence need to be extinguished forever. We owe no less to the Prince of Peace,” said Makgoba.

He added that while various leaders from government, businesses and organised labour had a significant responsibility to provide moral leadership redefine how people disagreed, the ultimate solution was in the hands of individuals.

“The historical context of the interrelationship between protest and violence does not justify this psyche and behaviour,” Makgoba said.

Makgoba’s words are unintentionally ironic, considering how we’ve been told ad nauseum that Black violence was caused by White oppression.  But here Makgoba admits that the violence has not abated despite the fact that Blacks are no longer oppressed by Apartheid.  Blacks try to solve their problems through violence, not because of racism, but rather because they are Blacks, and that’s what they’ve been doing for thousands of years, long before the appearance of the “racist” White man.

If Blacks have an “instinct” toward violence, no amount of “education” or “social programs” will change their nature.  A leopard does not change its spots, and no amount of liberal “feel good” success stories will change the reality for the vast majority of Blacks in Africa.  The White man was never the Black man’s problem, and the White man is not the source of the solution, if they mistakenly believe that stealing the White man’s property is going to solve anything.  Once they possess White property, they’ll merely kill each other fighting over who will end up with it, at which point it will be worthless.