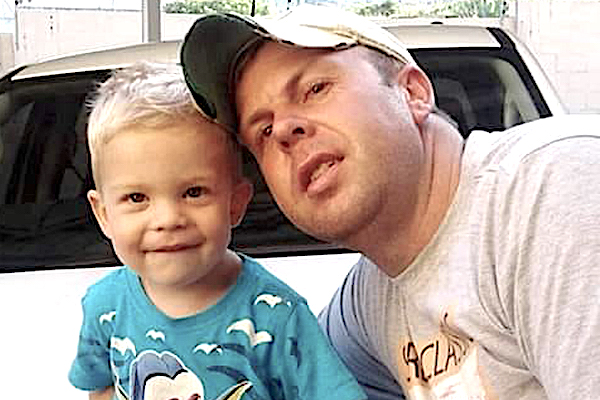 Completely ignored by the controlled mainstream media is the active involvement of Black police officers in the murders of White South African farmers, most recently Janus Powell:

A father, Janus Powell was fatally shot during a farm attack and shooting that took place between Hoopstad and Bloemhof in the North West province. The man managed to kill one of the attackers.  One of the attackers was wearing a SAPS uniform and others SAPS reflective jackets, they were heavily armed and driving a Silver or white Camry that was fitted with blue lights.

No registration number is available. There is no other information available at this stage. Hoopstad SAPS are investigating the murder.

“We have arrested serving members of the police during house robberies. Police weapons have been used in the attacks. Not just personal weapons issued to every officer, but rifles that have to be signed out from the station. We know police ammunition has been used in farm attacks.”

The victims of farm attacks have told reporters that the perpetrators went unpunished, that there were never any charges brought because the evidence was lost or the docket destroyed.

In 2016, a doctoral thesis on cash-in-transit robbers in South Africa who the author interviewed criminals in prison made it very clear: for a price, it was easy to buy the cooperation of certain police offers.

Services that could be bought included: cooperation with the police to obtain rifles; a police safe house in which to store stolen money; the disappearance of police dockets; the investigating officer agreeing to be less than efficient in his investigations.

It is devastating to realize that corrupt police are willing to equip farm attackers with arms and ammunition, are willing to conceal stolen cash for their cut.

The sergeant also tells me that when a crime-in-progress is called in, there are routinely 16 or 17 cars out on patrol.

He says typically only two of them respond. Some claim their radio stopped working. Others say that they were at lunch. And even when they do respond, they don’t make an arrest because the perpetrator is a “brother.” (And brothers are allowed to go free.)

The Black police “officers” in South Africa have virtually no interest or motivation to protect White people, and any White farmers who naively think that they will uphold their “sworn duty” to do so are merely setting themselves up for disappointment and even death.

Even with overwhelming evidence against Black criminals, police investigations often lead nowhere, and obviously guilty murderers walk free not merely because the Black officers are incompetent, which they are, but because the victims are White.

Of course, many Blacks believe that “race relations” have improved since the fall of Apartheid, but the jewish-controlled media still portrays any Whites who attempt to defend themselves as “toxic” and “racist”.

Whereas any sociopathic and criminal behavior by Blacks is always explained away as the result of the residual effects of White “oppression” and “past wrongs”.

We are told that we shouldn’t judge Black police officers who aid and abet the murder of White farmers, after all, because those White victims are the real “victimizers”, or so the official narrative goes.