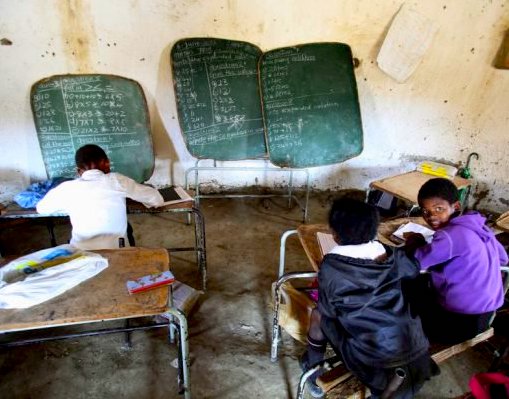 An epidemic of “sluggish” teaching and learning was blamed for the astonishing 0% pass rate at South Africa’s Limpopo’s Senwane Secondary School:

The school, situated in the remote village of Ga-Molekwa in the Bakenberg area, enrolled 12 candidates for the exams and all of them failed.

It is one of the three schools in the province that had a 0% pass rate in 2018. The others are Letshekga-Malokwane and Ramoroke secondary schools, which enrolled 12 and two candidates respectively.

News24 visited the area on Tuesday and spoke to some candidates who pointed to the absence of a culture of learning and teaching at the school as the reason for the dismal performance. These sentiments were also echoed by some parents.

The principal, Max Mongatana, was reluctant to speak about the results. He has been acting in the position since the beginning of 2018.

Kholofelo Matlou, 20, who has since registered to repeat matric at the same school, said: “I believe the problem was teaching and learning. We did not receive enough lessons for the whole year, especially on mathematics and physical science.

“Sometimes we were left on our own because the teachers did not come to class often. I think some of the teachers should be changed and I hope this year we will do better because this is the first time this thing happened.”

Another candidate, Francinah Matlou, 19, pointed out that the pupils themselves should also share the blame because they did not show enough enthusiasm. She has also registered to repeat matric at the same school…

“We have been saying that small schools are not viable and not sustainable educationally. Efforts of the department to rationalise these schools are often met with resistance and reasons which do not advance education and the interest of learners who are at these schools.

“We cannot continue to supply six teachers for only two learners,” Kgetjepe said.

He also pointed a finger at the historical pattern of the construction of schools.

He said some people did not like it when people speak about the reality that, despite becoming a democratic nation, government had not planned to build schools in certain areas, leaving communities to do it themselves.

The Whites who originally settled and built South Africa into a thriving nation did not wait around for the “government” to build them schools, nor did they have a “system” to blame for any of their failures.  School is not part of Black “culture” or history, and it is foolish to expect Blacks to have the disciple or intellect to succeed in schools modeled after White learning.  This Black school has 6 teachers for every two students, and those 6 teachers can’t manage to get any passing students.  When the average IQ for Blacks in sub-Saharan Africa is generously estimated at only 68, no amount of “schooling” is going to change the outcome.

But this isn’t just a problem in Africa, anywhere you find large Black populations, even in White countries, you find the same problems with the education system and Black failure.  In America, they blame racism, low-incomes, poor schools and teachers, but never will they look into the huge disparity in IQ between Blacks and Whites.  It is career suicide for anyone in academia to discuss this issue, and even Nobel Prize winner James Watson, who discovered the structure of DNA, had his reputation destroyed for insisting the real connection between genetics and intelligence.  That’s why this problem will never be solved because the answers are “racist”.