Black Studies ‘Professor’: American Meritocracy Is Racist (And So is Time) 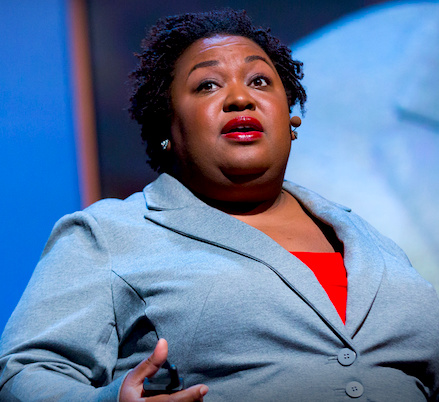 During a recent interview with Guy Raz on National Public Radio, Brittney Cooper, a Black affirmative action associate professor of Women’s and Gender Studies and Africana Studies at Rutgers University, claimed that the American meritocracy is a myth:

COOPER: You know, look. I mean, I think that it is, you know, a certain form of opportunism because I think that white Americans see themselves as people who work really hard. And they believe in the myth of meritocracy. We’re all indoctrinated into this myth.

It’s the American myth, right? You come to this country, you work hard, and anything is possible for you. And so anyone who doesn’t have the things that they say they want, they don’t have them because they didn’t work hard.

COOPER: And so then, when you have to listen to people of color point out all the ways in which that isn’t true, it disrupts a fundamental identity narrative for many white American folk about how they came to their prosperity. And really, it comes down to a very basic sense that – what I think white Americans hear often in conversations about race is that we are saying to them, you are bad people and everything you have you don’t deserve, as opposed to saying, we are all, in this particular historical moment, born into a set of conditions that are not of our own making. Our ancestors were negotiating these conditions, and your ancestors positioned you to benefit greatly.

And so that inability to sort of both take accountability for being beneficiaries of centuries of inequality and also to recognize that no one is commenting on your personal morality but saying that America is about a system of justice. And if we’re going to actually live up to our stated creed of liberty and equality and justice, then we’ve got to think at a systemic level about how to do that, and that might mean some personal discomfort….

RAZ: Can you explain what you mean that time has a race?

COOPER: Yes. So when I say time has a race, I’m saying that the way that we position ourselves in relationship to time comes out of histories of European and Western thought. And a lot of the way that we talk about time really finds its roots in the Industrial Revolution. So prior to that, we would talk about time as merely passing the time. After the Industrial Revolution, suddenly, we begin to talk about time as spending time. It becomes something that is tethered to monetary value. So when we think about hourly wage, we now talk about time in terms of wasting time or spending time. And that’s a really different understanding of time than, you know, like seasonal time or time that is sort of merely passing.

And so I wanted to think about, what does it mean if people are considered folks who, largely, are not impacting the flow of things, right? – which is often a racialized idea. So when we think about black and brown peoples around the world in Western frameworks, there is a way that black and brown people are seen as a lag on social progress. So they are seen as holding back the, you know, power of the West to modernize the world. And that becomes the pretext often to do all manner of violence.

“Professor” Cooper’s proof that the American meritocracy is a myth?  Blacks always finish last in virtually every profession except basketball, football, Black Studies, and rap music. Cooper clearly doesn’t understand the concept of a meritocracy.  She thinks a meritocracy is valid only when Blacks do just as well as Whites, and since that has never happened in any multi-racial society in the entire history of the planet, it is safe to say that her definition is flawed. No one except angry Blacks and liberal Jews seriously believe that Blacks fail in a meritocracy because of “institutional racism”.

She also thinks a meritocracy is based on “hard work”, but it’s based on other qualities which Blacks tend to be lacking in, such as promptness and delayed gratification.  Blacks have a deserved reputation of being chronically late or absent not because time is “racist”, as Cooper claims, but rather they’ve been fed a steady diet of marxist indoctrination that exonerates them from any personal responsibility for their failures.  As long as Blacks foolishly believe Whites conspire to “keep them down”, they will continue to be incapable of coming to terms with their own potential or merit, or lack thereof.