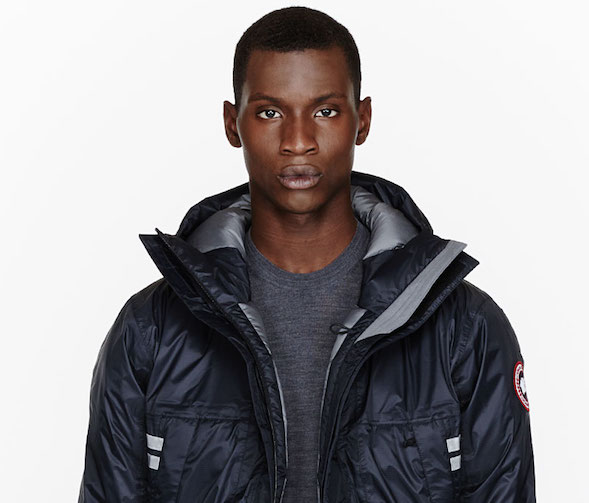 The latest fashion craze, the uber-expensive Canada Goose winter parkas, is making White people the targets of violent Black street criminals in crime-ridden Chicago who are robbing them at gunpoint for these status symbols:

It’s freezing in Chicago, and it’s open season on Canada Goose — not the water birds, the brand of super-warm coats that are ubiquitous on city streets in spite of their roughly $1,000 price tags.

Over the past two weeks, Chicago police have reported a spate of robberies in which people wearing the coats (and at least one wearing a fake) have been targeted and forced to give up their jackets.

Around 8:30 Wednesday night in the 2100 block of China Place, surveillance video captured a 54-year-old man being punched and robbed by two men who jumped from a white Mercedes sedan, showed a gun and forcibly took his Canada Goose coat and wallet. Twenty minutes later, men in a light-colored sedan accosted a 23-year-old man walking with a friend in the 200 block of West Cullerton Street, showed a gun and demanded his Canada Goose coat.

Last week, robbers driving a stolen Audi stripped six people of their coats between Tuesday night and Thursday morning, including two in Hyde Park — in one case following a victim into the lobby of an apartment building in the 5100 block of South Harper Avenue — and four others in North Side neighborhoods.

It’s not the first time Canada Goose has been a target of thieves. In 2016, the Moosejaw outdoor equipment store in Lincoln Park was hit four times in a month with smash-and-grab robberies apparently targeting the coats. They’ve been frequently stolen items from places like coat racks and chair backs for at least three years, and last year drew muggers who demanded coats from Canada Goose wearers in London and Manchester, England.

Though the Canada Goose company insists it is not a fashion brand, but rather sturdy equipment for Arctic (and urban) explorers, the brand’s high profile (it has appeared in James Bond films and is seen on celebrities from Drake to Kate Upton to David Beckham) and high price tag combine to make its coats a high-theft item.

So basically these White people are willing to risk their lives just so they can wear a trendy winter jacket with a patch on the shoulder which elicits envy in others.  Given the level of violent crime in Chicago, one would think that most Whites living their would have the common sense to avoid wearing anything that Blacks covet, and they covet anything that falls under conspicuous consumption.  And they are willing to kill to get what they want.

And yet Whites still line up around the block just for the privilege of dropping $1,500 on a jacket with a little white patch that won’t keep them much warmer than a $100 jacket, but that’s not the point.  Ironically, many people are unwittingly buying fake Canada Goose jackets online, but since Blacks don’t know the difference between real and fake ones, even the fakes are making people targets of gun-toting criminals.