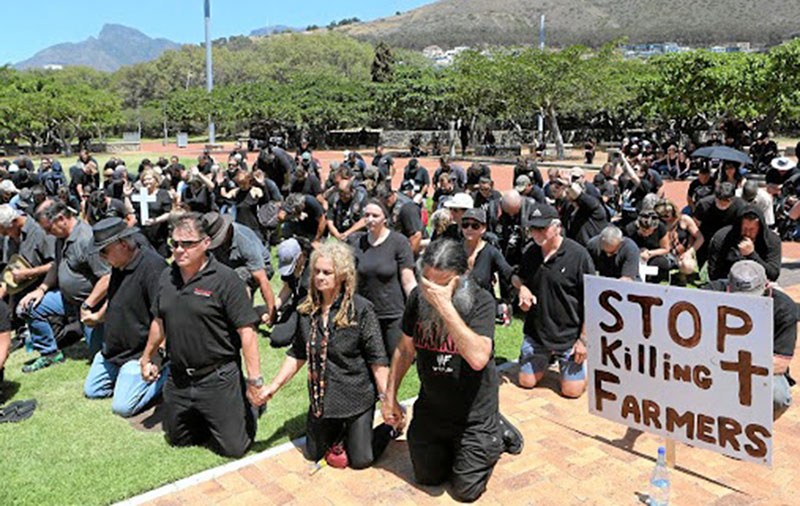 “President of the EFF Julius Malema said he will need white people more than ever after land expropriation without compensation.

Malema acknowledged the South African farmers as being one of the greatest asset in the world. “We are envied all around the globe because we never import staple food and we are one of the biggest exporter because of them and we can’t compromise that”. Said Malema.

“We will work alongside them and learn the skills so we can eventually take over and work by ourselves. Our stomachs are full today because of these hard-working people who leave in remote areas to feed the whole country of 50 million people, they deserve respect, we can’t just take land and strip their dignity, we will give them jobs”.

Fact: 90% of stolen white farms (run by blacks) fail. Just look how things turned out in Zimbabwe, where the government stole white farmlands and then boldly declared “We will not prosecute killers of white farmers.” South Africa is on the same track.

After you’ve stolen their land and murdered most of their families, they will gladly accept your offer to work the land until you learn how to do it yourself – at which time you will kick them off the land a second time.

How can White farmers refuse such a respectful and dignified offer?