Boatload of African Migrants Threaten to Kill Whites Who “Rescued” Them 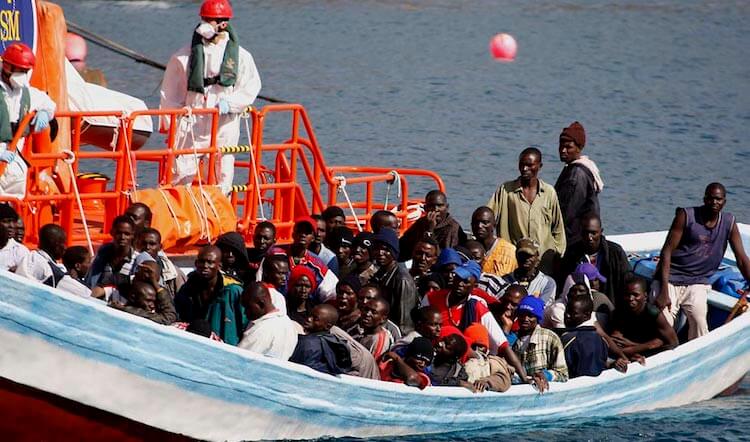 According to reports, African migrants posing as “refugees” have threatened to kill the crew of an Italian cargo vessel that “rescued” them:

African migrants threatened to kill the crew of an Italian cargo vessel that had rescued them in the Mediterranean, in an attempt to avoid being returned to detention centres in Libya.

The Italian coastguard picked up the migrants after receiving a call for help from the ship. They were being taken yesterday to Italy where the ringleaders will be questioned by police over the incident.

The mutiny on the Vos Thalassa marked an escalation in problems in the Mediterranean after Italy’s new populist government refused entry to migrants picked up by charity boats and handed over rescue responsibilities to the Libyan coastguard.

The ancestors of these “migrants” used to eat White missionaries for lunch, so it’s no real surprise that they would want to kill anyone who tried to help them for no reason. Of course, this incident will be written off as a “cultural misunderstanding”, and these future terrorists, rapists, and welfare cheats will be given full citizenship by some sympathetic country in Europe.

If the Europeans would simply start sinking a few of these invading boats, word would travel fast in Africa – and this whole charade would stop immediately.