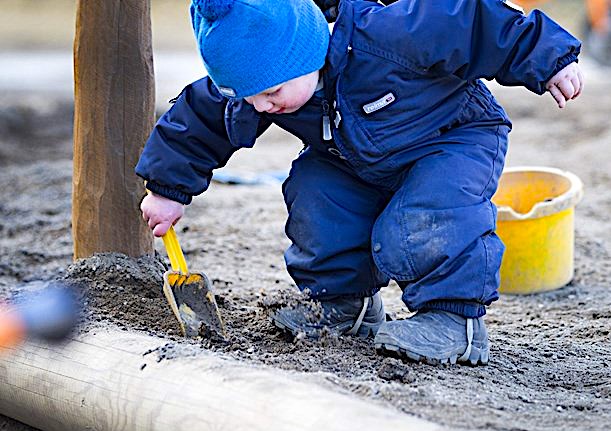 Students at a school in the migrant-rich city of Malmo, Sweden, made what’s become a rather all-too-common discovery on the playground: bomb-making materials, reports Sweden’s Radio:

Pupils at a school in Malmö on Monday found blast dough in a sandbox in the school yard. Police say that explosive dough in the form it was found in is not dangerous.

Mickael Westerlund, principal at Sorgen Friskolan, writes in a message to parents that since the incident, the caretaker has searched the school yard for something else that should not be there. He writes that the school will pay “extra attention to unknown objects in the school yard”.

Explosions of all types have become part and parcel of life in New Sweden these days, which explains why officials don’t seem particularly alarmed to find bombing making materials even in a children’s sandbox.

Before Sweden was invaded by hundreds of thousands of violent Muslims and Africans, life was, quite frankly, rather boring in this lily white country of Volvos and Ikeas.

Sure, at first the daily bombings were a little disturbing, but the resilient Swedes easily adjusted to their new and colorful neighbors and housemates.

And, of course, Swedes can no longer let their pet cat go outside because Muslims like to ‘play’ with them in creative and ‘vibrant’ ways.

And even though pro-feminist Sweden has also become the rape and sexual assault capital of Europe, Swedes carry that distinction as a badge of honor.  After all, when violent rape is no longer a ‘big deal’, it’s clear proof that they are the least racist people in the world.

And if a few of their children have to get blown up in the transformation into a multicultural utopia, well, as Lenin said, you have to break a few eggs to make an omelette.