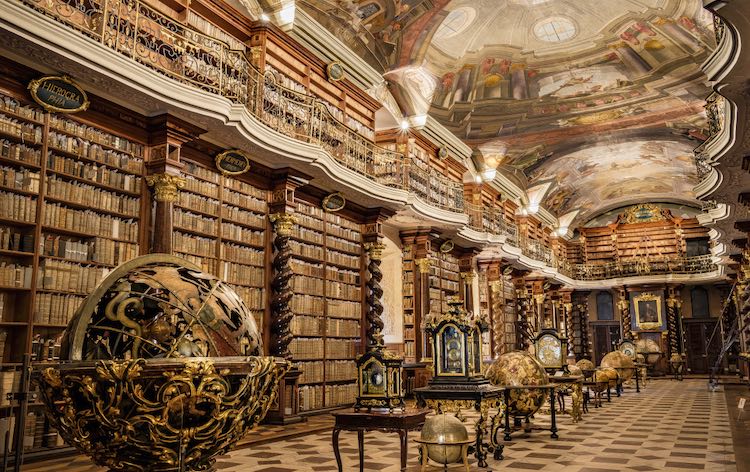 1919 US War Dept Investigation Substantiates Protocols of Zion by Unknown

100 Facts About Whites and Blacks (But One Lie) by Unknown

200 Years Together by Aleksandr Solzenhitsyn

The 6 Million: Fact or Fiction? by Peter Winter

Abraham Lincoln and the Jews by Isaac Markens

Adamites and Preadamites by Alexander Winchell

The Africa of Albert Schweitzer by Charles R. Joy and Melvin Arnold

African Americans and Serial Killing in the Media by Anthony Walsh

The Alien Menace: A Statement of the Case by A.H. Lane

All America Must Know the Terror That Is Upon Us by Dr Revilo P. Oliver

America in the Kingdom Parables by C.O. Stadsklev

America not Discovered by Columbus by Rasmus B. Anderson

The American Negro as a Dependent, Defective and Delinquent by Chas H. McCord

America, Roosevelt and the Causes of the Present War by Ezra Pound

Am I an Anti-Semite? by Rev. Charles E. Coughlin

The Anatomy of a Conspiracy of Race Riots and Revolution by Gary L. Wean

Ancient Israel in Spain and Britain by Pastor J.S. Brooks

Ancient Man in Britain by Donald A. Mackenzie

The Ancient Mark-Stones of East Anglia Their Origin and Folklore by W.A. Dutt

The Ancient and Medieval Architecture of India: A Study of Indo-Aryan Civilisation by E.B. Havell

Ancient Mining on the Shores of Lake Superior by Charles Whittlesey

Ancient Pillar Stones of Scotland, Their Significance and Bearing on Ethnology by George Moore

The Anglo-American Establishment by Carroll Quigley

Anglo-Israel or the British Nation the Lost Tribes of Israel by Rev. W.H. Poole

Anglo-Israel a Lecture by William Greig

An Anglo-Israel Primer by Henry Sweet

Anglo-Israel or the Saxon Race Proved to be the Lost Tribes of Israel by Rev. W.H. Poole

Anglo-Saxon Superiority: To What It Is Due by Edmond Demolins

The Annihilation of Man, the Conspiracy for His Destruction by Kenneth Roderick McKilliam

Anthropology for the People by Caucasian

The Anti-Defamation League and Its Use in the World Communist Offensive by Robert H. Williams

The Anti-Humans by Dumitru Bacu

Antisemitism: Its History and Causes by Bernard Lazare

Apotheosis of the Jew by A.K. Chesterton

The Archer and the Steppe or The Empires of Scythia by F.R. Grahame

The Archko Volume by Dr. McIntosh and Dr. Twyman

Are the Jews a Race by Karl Kautsky

Are the Lost Ten Tribes of Israel Really Lost? by Pastor Dan Gayman

Are Not These the Footsteps of Jezreel? by Rev. J.M. Hodge

Are These Things So? by World Alliance Against Jewish Aggressiveness (WAAJA)

Are We a Declining Race? by Walter Hunt

Are We of Israel? by George Reynolds

Are You an Israelite? by Pastor Dan Gayman

The Aryan Homeland by Henri Martin

The Aryan Origin of the Gaelic Race and Language by Rev. Ulick J. Bourke

The Aryan Race Its Origin and Its Achievements by Charles Morris

The Aryan Village in India and Ceylon by Sir John B. Phear

The Asiatic Danger in the Colonies by L.E. Neame

The Assassination of Dr. H.F. Verwoerd and British American Scheming by Jan Marais

As We Sodomize America by O.R. Adams, Jr.

The Babylonian Connection by Stephen Jones

Balaam’s Doctrine, What Is It? by Arnold Kennedy

The Balance Sheet of Sovietism by Boris L. Brasol

Banged Up by David Irving

Banking and Currency and the Money Trust by Charles A. Lindbergh

Barbarians Inside the Gates by Donn de Grand Pre

The Beginnings of History by Francois Lenormant

The Beginnings of Libraries by Ernest Cushing Richardson

Behind the Balfour Declaration, Britain’s Great Pledge to Lord Rothschild by Robert John

Behind Communism by Frank L. Britton

Behind the Falkland Islands Story by Eustace Mullins

Beraysheeth or In the Beginning by George O. Barnes

Best of Merchant Redpills 2019 by Unknown

Best Witness: The Mel Mermelstein Affair and the Triumph of Historical Revisionism by Michael Collins Piper

The Betrayal of the White Race by Erst La Flor

Beyond Misinformation What Science Says About the Destruction of World Trade Center Buildings 1, 2, and 7 by Ted Walter

The Bible as History by Rev. Dr. A. Law

The Bible Is True by Howard B. Rand

The Bible and Segregation by C.R. Dickey

A Bible Treatise on Segregation by Festus F. Windham

Billions for the Bankers, Debts for the People by Sheldon Emry

The Biological Jew by Eustace Mullins

The Biology of the Race Problem by Prof. Wesley C. George

The Bizarre Story of Kristallnacht by Ingrid Weckert

The Black Book of Communism by Jonathan Murphy and Mark Kramer

The Black Plague: Destroying America from Within by Eustace Mullins

The Black Shadow and the Red Death by Billy Munday

Bloodlines of the Illuminati by Fritz Springmeier

The Blood of the Nation by David Starr Jordan

A Book of Giants: Tales of Very Tall Men of Myth, Legend, History, and Science by Henry Wysham Lanier

The Book of Revelation by Bertrand L. Comparet

“Born Again” or “Begotten from Above?” by Arnold Kennedy

Breaking the Spell by Nicholas Kollerstrom

Britain and the Gael by William Beal

Britannia After the Romans by Algernon Herbert

The British Edda by Unknown

The Bunkers of Auschwitz by Carlo Mattogno

Campaign in Russia by Leon Degrelle

The Camp of the Saints by Jean Raspail

Canada As It Is by John Foster Fraser

The Case for Germany by A.P. Laurie

The Cause of World Unrest by Howell Arthur Gwynne

The Celebration of Rosh Hashanah by Eustace Mullins

The Celtic Christianity of Cornwall by Thomas Taylor

The Celtic Church in Britain and Ireland by Heinrich Zimmer

The Celtic Inscriptions of Cisalpine Gaul by Sir John Rhys

The Celt and the World: A Study of the Relation of Celt and Teuton in History by Shane Leslie

Chaplains and Clergy of the Revolution by J.T. Headley

Chapters on the Early History of Glastonbury Abbey by Rev. William H.P. Greswell

Characters of the Reformation by Hilaire Belloc

Charles Martel and the Rescue of Europe or Moslem and Frank by G.L. Strauss

The Christian Doctrine of Nations by H.A. Scott Trask

Christian Zionism: Its History, Theology and Politics by Stephen Sizer

Christ Was Not a Jew by Jacob Elon Conner

The Church by Arnold Kennedy

Cimmerians and Scythians by W.H. Fasken

The Clansman by Thomas Dixon

The Color of Crime by Jared Taylor

Communism: A Legacy of Terror by Aleksandr Solzhenitsyn

Communism with the Mask Off by Dr. Joseph Goebbels

Communism and the New Left by Joseph Newman

The Communists and the Struggle for Negro Liberation by James W. Ford

The Confessions of an Anti-Semite by Michael Collins Piper

The Conflict of the Ages by Arno Clemens Gaebelein

Conquest of a Continent by Madison Grant

Conservatives and Race: How Political Correctness and Multiculturalism Have Transformed the Right by Kevin Lamb

Conspiracy Against Freedom by Liberty Lobby

The Controversy of Zion by Douglas Reed

The Covenant or Jacob’s Heritage by Fred. Chas. Danvers

The Cradle of the Aryans by Gerald H. Rendall

Creed of a Fascist Revolutionary by A.K. Chesterton

The Cremation Furnaces Of Auschwitz Part 1 by Carlos Mattogno

The Crime of Our Age by Dr. Ludwig A. Fritsch

A Critique of Race-Mixing by Andrew Ryan and Peter J. White

Crypto-Jews in the Canaries by Lucien Wolf

The Cult of the All-Seeing Eye by Robert Keith Spenser

The Culture of Critique by Kevin MacDonald

The Curse of Canaan by Eustace Mullins

The Danger of International Merger-Mania by Eustace Mullins

Deadlier than the H-Bomb by Leonard Young

Death of a City by Michael McLaughlin

The Death of James Forrestal by Cornell Simpson

Debacle in Damascus: The 1840 Ritual Murder Case by Harrell Rhome

The Deliberate Dumbing Down of America by Charlotte Thomson Iserbyt

Denominational Doctrine Vs. the Bible by Matthew D. Dyer

The Descent of Bolshevism by Ameen Rihani

The Development of Germanophobia by Michael F. Connors

Devilry in the Holy Land by Arnold Leese

Did the Norsemen Erect the Newport Round Tower? by Barthinius L. Wick

The Dissolution of Eastern European Jewry by Walter N. Sanning

Drugs in Prophecy by Sheldon Emry

The Economic Pinch by C.A. Lindbergh

Elegy for a State by Eustace Mullins

Epilogue: The Four Horseman of the Apocalypse by Eustace Mullins

The Ethnostate by Wilmot Robertson

Ezra Stiles and the Jews by George Alexander Kohut

Facts and Fictions Regarding Noah’s Flood by Charles A. Weisman

The Fall of Western Man by Mark Collett

For My Legionaires by Corneliu Zelea Codreanu

The Fraud of Soviet Anti-Semitism by Herbert Aptheker

Germany and England by Nesta Webster

Germany Must Perish by Theodore Kaufman

The Grave Diggers of Russia by Alfred Rosenberg

Heirs of the Promise by Sheldon Emry

The Hoax Of The Twentieth Century by Arthur Butz

The International Jew: The World’s Foremost Problem by Henry Ford

The Invention of the Jewish People by Shlomo Sand

The Iron Curtain Over America by John Beaty

Is Universalism Of God? by Charles A. Wiseman

I Testify Against The Jews by Robert E. Edmondson

I Will Send You Elijah the Prophet by Sheldon Emry

The Jewish Fifth Column in India by Itsvan Bakony

The Jewish Genocide of Armenian Christians by Christopher Jon Bjerknes

The Jewish Onslaught by Tony Martin

The Jews by Hilaire Belloc

The Jews And Their Lies by Martin Luther

The Jew, the Gypsy, and El Islam by Richard Burton

The Judas Goats – The Enemy Within by Michael Collins Piper

The “Lost” Ten Tribes Of Israel…Found! by Steven M. Collins

Love Letter To America by Yuri Bezmenov (aka Tomas Schuman)

The Masterminds of Stonehenge by Paul Bunch

Munich 1972 Olympic Games Attack Was Another Hoax by Vexman

Murder By Injection: The Story of the Medical Conspiracy Against America by Eustace Mullins

The Myth of German Villainy by Brenton L. Bradberry

Not Of One Blood by Charles A. Wiseman

The Old Jerusalem Is Not the New Jerusalem by Sheldon Emry

The Origins Of The Jews by Sheldon Emry

The Origin Of Race And Civilizaiton by Charles A. Wiseman

Our Jewish Aristocracy by Arnold Leese

The Passing Of The Great Race by Madison Grant

Paul and Joseph of Arimathea by Sheldon Emry

Pawns In The Game by William Guy Carr

The Pedigree Of Judah by Lothrop Stoddard

Physical Anthropology Of The Jews by Maurice Fishberg

The Plot Against South Africa by Klaus D. Vaque

Proofs of a Conspiracy by John Robison

The Protocols Of The Learned Elders Of Zion

Races In Chaos by W.G. Finlay

The Rapture Of The Saints by Duncan McDougall

The Rapture of the Wicked by Sheldon Emry

Revenge Of The Neanderthal by Willis Carto

The Rich Man and Lazarus by Sheldon Emry

The Riddle of the Jew’s Success by Capel Pownall

The Rising Tide of Color by Lothrop Stoddard

The Rulers Of Russia by Denis Fahey

The Satan Controversy by Sheldon Emry

The Satanic Phenomenon: Medieval Representations of Satan by Morgan Matos

The Secret Relationship Between Blacks and Jews (Vol.1) by Nation Of Islam

The Secret World Government or “The Hidden Hand” by Maj. General Cherep-Spiridovich

Secrets Of The Federal Reserve by Eustace Mullins

The Seven Sins of Canaan by Sheldon Emry

Should Christians Love The Wicked? by Sheldon Emry

Take Your Choice, Separation or Mongrelization by Theodore G. Bilbo

They Dare To Speak Out by Paul Findley

They Were White And They Were Slaves: The Untold History of the Slavement Of Whites In Early America by Michael Hoffman

The Thirteenth Tribe by Arthur Koestler

The Transfer Agreement and the Boycott Fever 1933 by Udo Walendy

The Two Babylons by Alexander Hislop

Tracing our Ancestors by Frederick Haberman

Twilight Over England by William Joyce

The Victory Of Judaism Over Germanism by Wilhelm Marr

Wall Street and the Bolshevik Revolution by Anthony Sutton

Where is Your Soul After Death by Sheldon Emry

Who Are Israelites by Sheldon Emry

Who Is Esau-Edom? by Charles A. Weisman

Who Killed Christ by Sheldon Emry

Witness To History by Michael Walsh

The World Conquerors – The Real War Criminals by Louis Marschalko

You Gentiles by Maurice Samuel