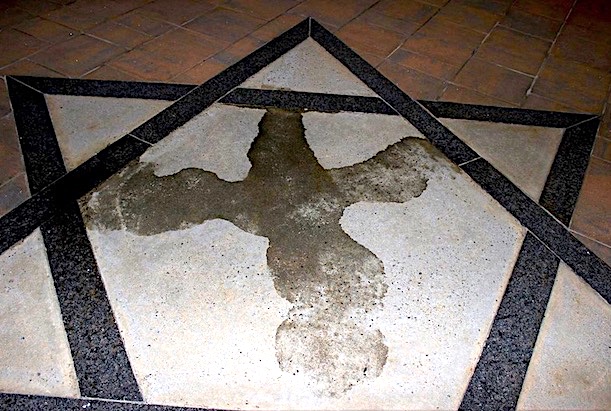 The grounds of a synagogue in the Boston suburb of Sharon was vandalized with bizarre amorphic symbols that allegedly “look like” swastikas:

Congregants of Temple Sinai in Sharon, Massachusetts, located about 25 miles south of Boston, discovered swastika-like graffiti splashed over the large Star of David in the pavement near the synagogue’s front entryway as they arrived for Friday night Shabbat services. They reported it to the Sharon police department, which is investigating the incident.

Two similar markings made with a sticky liquid substance were found in the plantings in the mulch beds on either side of the building, according to a police department statement posted on its Facebook page, along with photos of the vandalism. The town has a sizeable Jewish population and is home to several synagogues.

“While these markings were easily removed with soap and water, we imagine that their presence may remain in your minds, hearts and spirits,” synagogue president Cindi Crutchfield wrote to congregants and shared with the Jewish Telegraphic Agency. Crutchfield offered congregants support from clergy as well as from mental health professionals who are members of the temple.

In an earlier email sent to congregants by Rabbi Joseph Meszler, the rabbi encouraged people to attend religious services, and various synagogue programs planned for the weekend. “We will share in a prayer for strength when faced with adversity: Am Yisrael Chai – the Jewish people lives. This is not only a chant of defiance but also a statement that we should continue to lead our lives fully, without fear,” Rabbi Meszler wrote.

Of course, if you give a group of Jews Rorschach Tests, they will probably see subliminal “swastikas” in most of them, so it should surprise no one that this alleged graffiti is being reported to the police as a potential “hate crime,” even though it looks nothing like a real swastika.

And sadly, Jews have been so traumatized by their own non-stop reporting of every alleged incident of “antisemitism”, it’s no wonder that even some blotches on the pavement now require onlookers to seek psychiatric care.

How is it possible that Jews can “live without fear” if the ADL and every other Jewish watchdog group is constantly reminding them that they are about to be victims of a sudden, irrational and violent pogrom for no reason whatsoever?  No only that, none of these reports of “antisemitism” include the caveat that over 70% of all reported “hate crimes” turn out to be hoaxes.

But then again, if they don’t treat the hoaxes as real, how can they keep the average Jew living in fear for their lives?  And a fearful Jew is a controllable Jew. 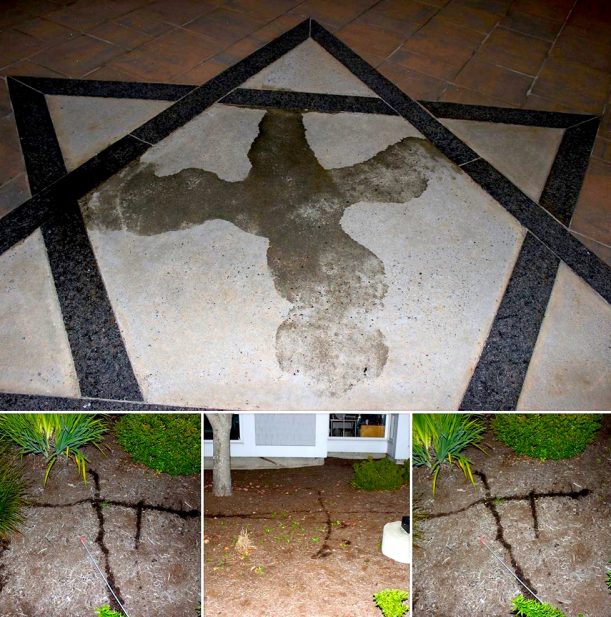