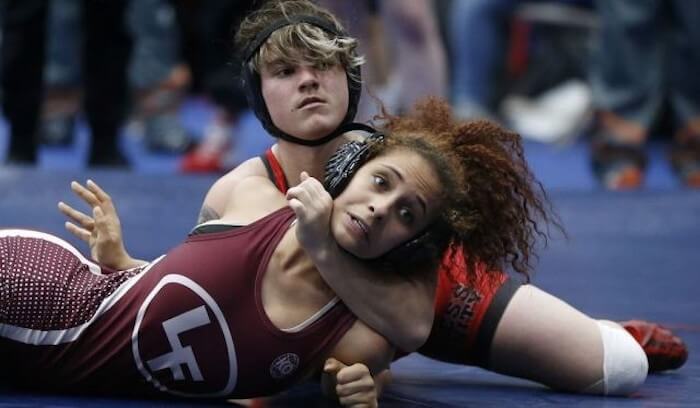 Thanks to the purveyors of perversion, the institutions that once formed the bedrock of society are being ripped to shreds, even on the sports field.

Take the recent case of state records in track that were broken by two Connecticut boys pretending to be girls. These two boys competed on a girls track team as “trans girls,” and they stole the show – quite literally – forcing the top actual girls on the team to take third place and lower.

It was a celebratory moment for deranged LGBT cultists everywhere who openly praised the inclusion of these two “trans girls” on the team as representing a positive step towards “progress” and “inclusion.” But for the other real girls on the team who lost out because of them, it was a stark reminder as to the destructive nature of the LGBT virus throughout society.

Not only do these real girls face losing potential scholarship opportunities in track because they “lost” the races to fake girls, but they also face potentially having their spots on the team replaced with even more fake girls. After all, in order to remain competitive, sports teams will have no other choice but to replace all of their “inferior” real girls with “exceptional” fake girls in order to remain competitive in their respective leagues.

The current trajectory portends a future in which there are no more girls sports, period, thanks to boys pretending to be girls who are stronger and more physically adept, thanks to their increased muscle mass and higher testosterone levels.

Even girls trying to be boys are a threat to real girls, as we saw with Texas women’s wrestling “star” “Mack Beggs,” a biological female who regularly receives injections of testosterone as part of her transformative journey into becoming a “man.” Under any other circumstances, Beggs would have been prohibited from “doping” like this because to do so has long been recognized as cheating. But because she’s a protected member of the privileged LGBT class, her school had no choice but to allow her to dope up as part of her “gender identity.”

If you followed the story, then you already know that Beggs won the championship, which is hardly surprising. Having had doped up on testosterone, there was really no way that she could lose.

The inevitable results of this insanity are easily forseeable. Not only will women’s sports suffer tremendously, but this issue only serves to add to the moral degeneracy of an already, rapidly deteriorating society.

The original article can be found here:
http://www.politicalcorrectness.news…rans-boys.html