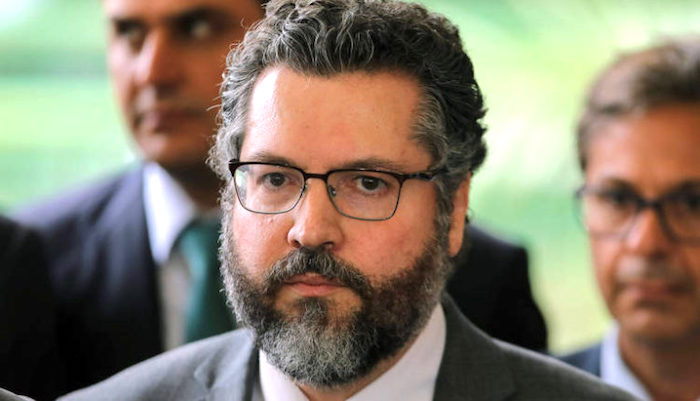 Ernesto Araujo, Brazil’s new Foreign Minister, in a recent post on his personal blog, claimed that global warming is a plot by “cultural marxists” to destroy western economies and promote world-wide China-modeled communism:

Ernesto Araújo – until recently a mid-ranking official who blogs about the “criminalisation” of red meat, oil and heterosexual sex – will become the top diplomat of South America’s biggest nation, representing 200 million people and the greatest and most biodiverse forest on Earth, the Amazon.

His appointment, confirmed by Bolsonaro on Wednesday, is likely to send a chill through the global climate movement.

Brazil was where the international community first came together in 1992 to discuss reductions in greenhouse gas emissions. Its diplomats have played a crucial role in bridging the gap between rich and poor nations, particularly during the forging of the Paris agreement in 2015.

But when the new government takes power in January, the foreign ministry that leads that work will be headed by a man who claims climate science is merely “dogma”.

In his blog, Araújo states his goal is to “help Brazil and the world liberate themselves from globalist ideology”, which he sees as anti-Christian.

The 51-year-old diplomat – who has never served as an overseas ambassador – claims unnamed leftist politicians have hijacked environmentalism to serve as a tool for global domination.

“This dogma has been used to justify increasing the regulatory power of states over the economy and the power of international institutions on the nation states and their populations, as well as to stifle economic growth in democratic capitalist countries and to promote the growth of China,” he wrote in a post last month.

In another, he claimed the centre-left Workers party in Brazil was “criminalising sex and reproduction, saying that all heterosexual intercourse is rape and every baby is a risk to the planet as it will increase carbon emissions”. He then went on to accuse the party of criminalising red meat, oil, air conditioners and Disney movies.

…Climate negotiation experts said the appointment was sad for Brazil and the world – though they held out hope that the new foreign minister will be more pragmatic when he comes to represent his country.

And the Jews are often willing to tolerate these euphemisms for Jews just as long as we don’t ever directly use the word “Jews” which only they are allowed to use to refer to themselves in the most positive and glowing way.

And of course, Araujo is correct that globalism is anti-Christian because globalism is, in fact, Jewish science, and anything Jewish is — by definition — the work of anti-Christ Jews.

Regardless of what names they put on this soul-destroying quackery, it’s Jewish to the core. 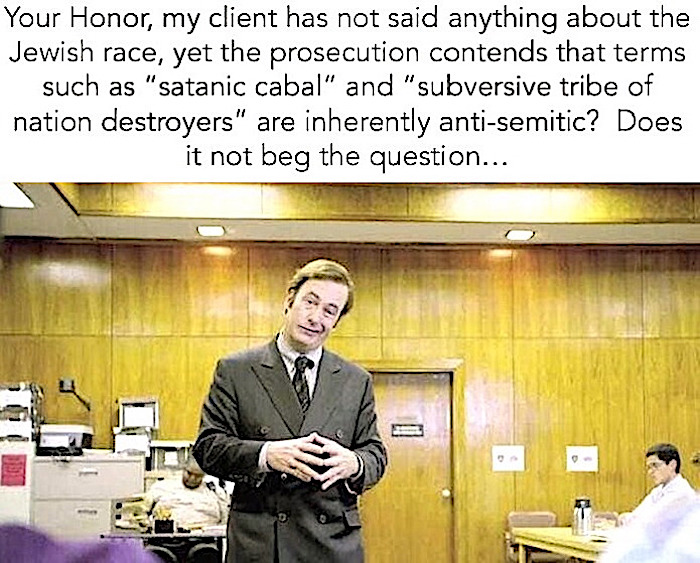