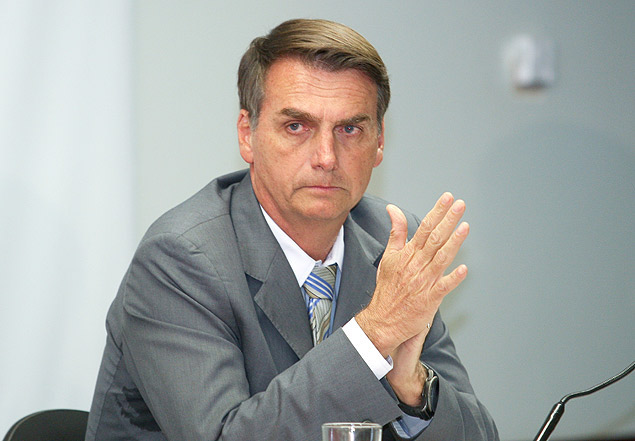 President-elect Jair Bolsonaro wrote on Facebook that he does not want Brazil to suffer from the crime and poverty that France is experiencing from allowing unchecked Third World immigration:

Brazil’s president-elect Jair Bolsonaro has said parts of France have become ‘unliveable’ because of migrants, employing rhetoric similar to Donald Trump’s before he became the US president.

Bolsonaro, who takes office on January 1, made the xenophobic remarks late Tuesday in a live video feed on his Facebook page.

The extreme right-wing politician was elected in October on a hardline anti-crime and anti-corruption platform and has been dubbed the ‘Tropical Trump.’

Everybody knows what is happening in France. Some parts of France are simply unliveable,’ Bolsonaro said on Facebook.

He said that, despite a good welcome by the French, migrants were not integrating.

‘You know how those people are, right? They have something in them, they don’t give up their roots and they want to make their culture, their acquired rights and their privileges prevail,’ he said.

‘France is suffering because of that. Part of the population, part of the military, some of the institutions are starting to complain about that. We don’t want that for Brazil.’

It was not clear what recent events prompted Bolsonaro’s outburst. Nor did he explicitly say whether he was referring to Muslim migrants, though those with North African heritage form the biggest group of migrants in France after Europeans.

France is currently in the grip of ‘yellow vest’ anti-government protests unrelated to migration.

It has been rocked by a number of recent deadly attacks, notably in November 2015 in which 130 people were murdered in Paris by radicalized French and Belgian gunmen, and last week in the city of Strasbourg where a French ex-convict killed five people in a rampage claimed by the Islamic State group.

The whole point of this article seem to be a denial that the Yellow Vest protests have nothing to do with immigration, which is patently false.  France’s economy is in shambles in large part to the Third World invasion which created hundred of thousands of unemployable welfare cheats who are now supported by hard-working ethnic French workers.  And the whole point of Third World immigration is not to improve the economy of Europe but to destroy it.

Brazil is an economic basket case because its racial diversity, but even the Brazilians know that more Third World immigration will further destroy whatever marginally functioning economy that it does have.  There is not one example in all of human history where non-White immigration improved any country, let along a White country.  If multi-racial Brazil thinks France is a mess, the rest of Europe should take this warning seriously.  Europe will not succeed where Brazil has already failed.