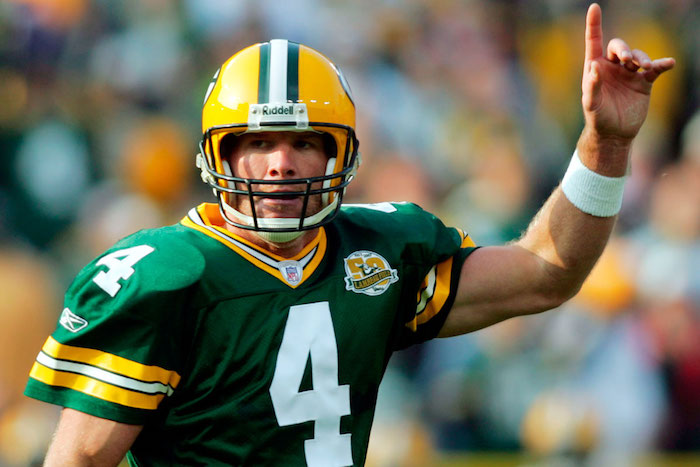 Brett Favre has withdrawn his public support of the survivors of the intentional Israeli attack on the USS Liberty, which killed 34 American crew members, and left another 171 severely wounded:

Hall of Fame quarterback Brett Favre on Saturday explained how he was duped by white supremacists into using coded, anti-Semitic language in a video.

In a statement posted to his Facebook page on Saturday, the ex-Green Bay Packers QB wrote that he had received a request through the “Cameo” app to record what he believed was a message of support for a veterans group. According to Cameo’s terms of service, users can buy personalized video messages from celebrities and athletes. Favre, who had to approve the message, receives $500 for each recording.

However, as Buzzfeed reported Friday, the request to Favre was not from a veterans group but from white supremacist YouTubers who provided coded language for the video that Favre recorded:

“Brett Favre here with a shout-out to the Handsome Truth and the GDL boys,” he said. “You guys are patriots in my eyes. So keep waking them up and don’t let the small get you down. Keep fighting, too, and don’t ever forget the USS Liberty and the men and women who died on that day. God bless and take care.”

Favre said in his statement Saturday that a few days after making the video, “I was distressed to learn that the request came from an anti-Semitic group that reposted my video with comments implying that I endorsed their mission. Nothing could be further from the truth.”

He added that he was “sickened” by what these groups represent, and said he is donating his $500 payment to charities that fight hate and bigotry.

Of course, Jews are now claiming that anyone who shows concern for any of the dead or surviving crew members of the Liberty must be an antisemite.  If you show concern for these men, you are, by jewish definition, motivated by your hatred of Jews and nothing else. It’s not the crew of the Liberty who are victims — rather, it’s the Jews who are accused of murdering them who are the real victims here.  And the Jews want us to believe that anytime the crew of the Liberty is remembered, it victimizes Jews.

Brett Favre wasn’t “duped” into supporting the crew of the Liberty; rather, he was “duped” into believing the jewish lie that only “bigots” and “antisemites” would show concern for these real victims.  One might be tempted to ask why a multi-millionaire like Favre is making video “shout outs” on Cameo for $500 a pop — is he really that hard up for cash?  Does he really make these videos without doing a simple Google search to find out something about the people requesting the video promotion?  Favre doesn’t do his own due diligence and then claims he’s been been victimized — a strategy right out of the jewish playbook.