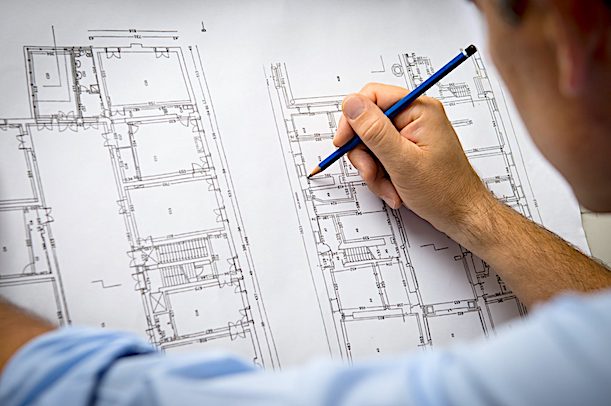 To the delight of the Board of Deputies of British Jews, a powerful Jewish supremacy group, Peter Kellow, an architect who called Jews “inventers of European racism,” has been banned from his profession by the U.K. licensing board:

A professional conduct committee of the Architects Registration Board of the United Kingdom decided last week to oust Peter Kellow from its listed of licensed architects, the Jewish Chronicle reported. The delisting means that Kellow may not identify as an architect in that country, but he may continue to work in his profession and use an alternative title, such as architectural consultant.

The action against Kellow, which is unusually harsh, was based on the committee’s decision that Kellow was guilty of “unacceptable professional conduct” when he posted in April 2019 on Facebook.

It was “not far from the truth” that Jews “were the inventers of European racism for they asserted they were racially different to the rest of us,” Kellow wrote. He added: “Judaists have got themselves into a lot of trouble thougout [sic] history being subject to pogroms, ghettos and expulsions. I am not saying this was justified, but why do we see this consistent pattern?”

Kellow insisted during a committee hearing last week that he is allowed to express his personal opinions and is the target of a “witch hunt.”

“The posting did contain a link to his profile which clearly described him as an architect,” the committee wrote in its decision, according to the Chronicle.

Kellow was “erased from the Architects Register for an inappropriate social media post,” the Board said.

There’s nothing more offensive to the Jews than the truth — and they want the world to know that if anyone dares tell the truth about them, they will be ‘unusually‘ punished to discourage others from doing the same.

It’s a historical fact that the Jews — Leon Trotsky in particular — who was indeed to the first to bring the accusation of ‘racism’ into European political discourse.

And it was his fellow travelers — communists, socialists, and anarchists — who accused anyone who opposed them as ‘racists’ because they all just so happened to be of the same race — Jews.

So, yes, the original European ‘racism’ was actually antisemitism — there really were not other races in Europe at that time — prior to when the Jews began to systematically ‘enrich’ it with the Third World.

And once the Bolsheviks had usurped power in Russia, they made it illegal to even notice that most of the genocidal revolutionaries were racial Jews.

Those same Bolsheviks now have Merry Old England in a stranglehold, and anyone who dares notice, like Kellow, will lose his job, his family, and his life eventually.

And that is no exaggeration, ‘hate crimes’ will soon carry the death penalty — especially antisemitism, which even President Trump has endorsed.

The Jews are not messing around — while they demand tolerance from everyone else, they will crush anyone who questions their version of reality.

But time is short for the Jews — Revelation 12:12 — and they know it, which is why they are accelerating their destructive agenda.