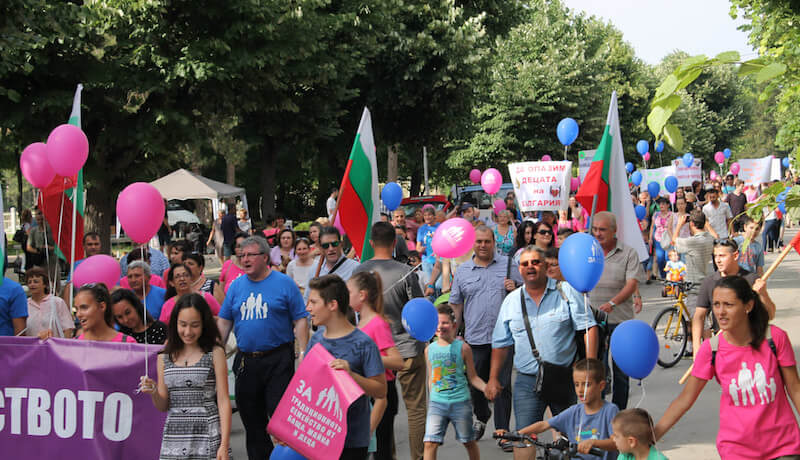 According to a press statement released by the organizers, the Association for Society and Values in Bulgaria, the marches featured music, balloons, dances for families, set to “beautiful Bulgarian music” and thousands of “smiling faces” who celebrated the festive processions in Sofia, Plovdiv, Varna, Burgas and Rousse.

Men and women were dressed respectively with blue and pink T-shirts with the inscription: “To the traditional family” and couples attended in their wedding suits and wedding dresses.

A positive story out of Eastern Europe showing us that white Westerners do not have to accept or tolerate “the new normal” of anti-Christian values being forced onto society.

If this were to be attempted in a major American city – or in Western Europe – it would probably be met with a huge backlash and possibly attacked by angry leftists, gays, and Antifa thugs. This would further illustrate the inherent contradictions of the radical left, which demands their “right” to public degeneracy, but will attack those with different values.

Nonetheless, white Christians can learn from these family crusaders in the east who are marching for their values.