Bulletproof Vests Now to be Furnished to Dutch Paramedics 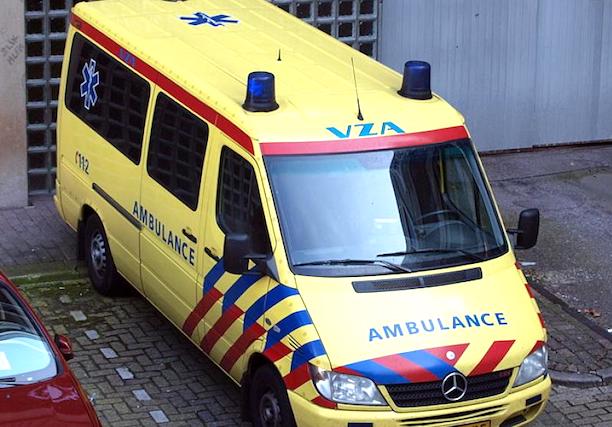 Because of a nameless increased risk of “terror activity,” all paramedics and ambulance drives will be furnished with bulletproof vests for them to use at their own discretion:

Ambulance personnel throughout the Netherlands will soon be equipped with bullet- and stab proof vests and helmets, based on advice from Ambulancezorg Nederland. The vests are intended to better protect paramedics in dangerous conditions and terror situations, NOS reports.

The paramedics will not be obliged to always wear the protective clothing, they can assess the situation themselves. According to Ambulancezorg Nederland, they have no recorded incidents in the past where paramedics needed bulletproof vests.

The ambulance service in Zuid-Limburg will be the first in the Netherlands to be equipped with protective clothing. “We can not close our eyes to the terrorist threats in the countries around us”, a spokesperson said to 1Limburg. “It’s getting closer.”

All 150 employees will receive tailor-made vests, according to 1Limburg. A company in Deventer will make the vests before the end of the year. The ambulance service also advises staff to wear the vests at big events.

The other regional ambulance services also indicated that they will purchase vests and helmets for their employees, according to NOS.

Of course, out of political correctness, this article fails to mention the nature and source of this new terror threat, nor does it offer an explanation why paramedics need these vests only in certain circumstances.  This is a direct result of diversity in the Netherlands — diversity has brought violence and a constant threat of terror to this country, and it’s gotten to the point that even everyday professionals like ambulance drivers have to worry about being killed for no reason whatsoever aside from the fact that they entered a diverse neighborhood where White people are no longer allowed.

A diverse society is a militarized society by necessity, as the Israelis know full well, which is why they have become the leading experts on terror in Europe, and why they are the ones often profiting from equipping police and paramedics with military-grade hardware and safety equipment.  And it should come as no shock to anyone that these bulletproof vests that ambulance drivers wear could very well be made in Israel.

The Jews create this terror threat by aiding and abetting the flood of the Netherlands with Muslims, then they make a second killing off of arming the police force to fight the new terror threat — the ideal jewish business model.