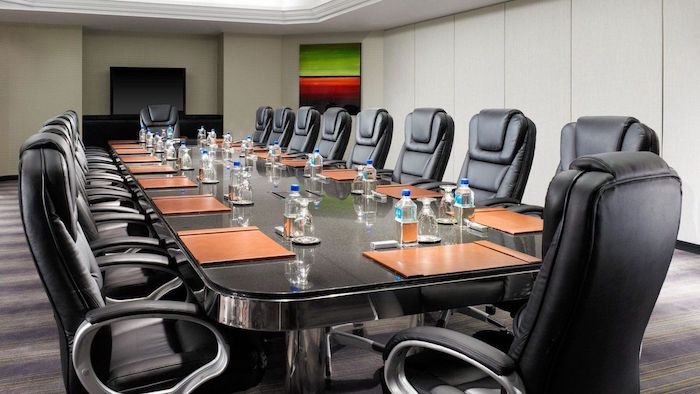 A new State bill that has been approved by the House is awaiting the signature of Governor Jerry Brown which would require all publicly-traded companies to have a certain number of women on their boards of directors:

Citing a lack of diversity in corporate boardrooms, state lawmakers on Thursday sent the governor a bill that would require women to be included on the boards of directors of firms headquartered in California.

The bill would require that publicly held corporations headquartered in the state include at least one woman on boards of directors by the end of 2019, and at least two by July 2021. Corporate boards with six or more members would be required to have at least three women on the panels by the middle of 2021.

The measure was proposed because women make up 52% of the state’s population but just 15% of the directors of its public corporations, according to state Sen. Hannah-Beth Jackson (D-Santa Barbara), a co-author of the bill with Senate leader Toni Atkins (D-San Diego).

“It’s time that we burst that man-cave and put women in the boardrooms,” Jackson added.

The state chamber of commerce said the measure “requires publicly traded corporations to satisfy quotas regarding the number of women on its board or face significant penalties, which is likely unconstitutional, a violation of California’s Civil Rights statute, and a violation of the internal affairs doctrine for publicly held corporations.”

The bill was approved by the Senate on a 23-9 vote, with opposition from Republicans including Sen. Joel Anderson of Alpine.

“I can’t support a bill that underestimates the power and strength of women,” Anderson said. “To say that they can’t find their way onto a board without our help undermines all their hard work.”

Lucy Dunn, president and CEO of the Orange County Business Council, had a similar opinion.

“This legislation is, to me, insulting,” Dunn said in a statement after the vote. “Rather than celebrate the competitive advantage women bring to positions of leadership in a company, it relegates them to placeholder status.”

Here we again see the true face of liberalism–angry and impatient that society just doesn’t see things their way fast enough to satisfy them, so they intend to make their “values” mandatory.  This kind of law-enforced diversity should be insulting to women; after all, it should be humiliating for any women sitting on a board of directors to know that the only reason she is there is because the law says she has to be or the company will be punished.

Why don’t they really cut to the chase and make it illegal for White men to start any new businesses?