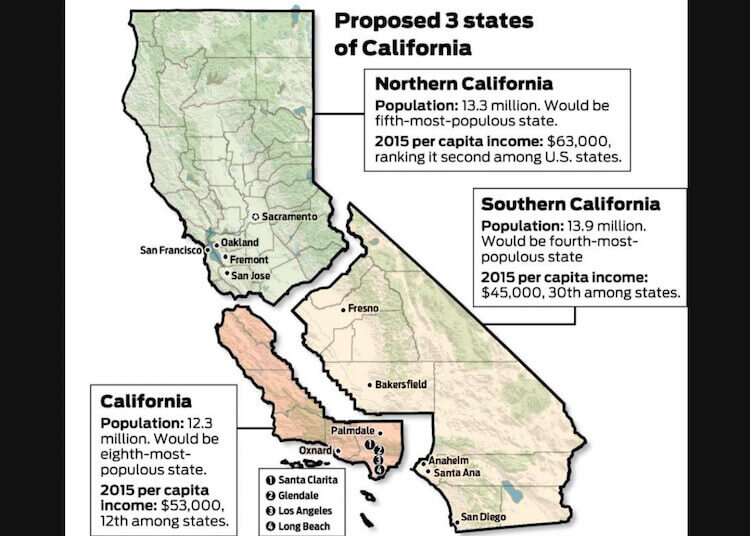 The California Supreme court decided yesterday that California will remain intact geographically – at least for the time being:

The three-state initiative, Proposition 9, had gathered enough signatures to qualify for the November ballot. Nine days after opponents filed suit, the court issued a unanimous order removing the measure from the ballot and ordering further legal arguments on whether it should be placed on another ballot in 2020 or struck down altogether.

The court said it usually allows ballot measures to go to the voters before considering constitutional challenges. But in this case, the six justices said, “significant questions regarding the proposition’s validity” and the “potential harm” of allowing a public vote before those questions are resolved “outweighs the potential harm in delaying the proposition to a future election.”

Whichever of the three proposed new states has the largest White population will survive while the other two collapse into Third World status.

The non-Whites want their own California without Whites, but they’ve already have one, and it’s called Mexico. If Mexico were inhabited only by Whites, it would be as nice as California was 50 years ago.

Mestizos are incompatible with civilization, and eventually California voters will have to accept that reality.