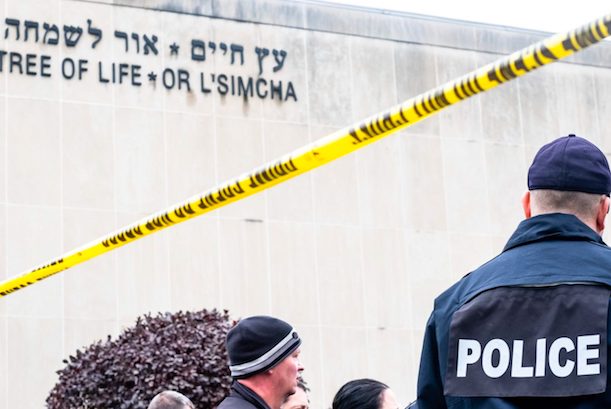 Speaking at the 14th annual Second Amendment rally in the state Capitol, Rep. Metcalfe said that he is moving to impeach the “rogue mayor.”

According to a report from WESA, Peduto signed legislation last month restricting assault weapons, banning armor-piercing bullets and allowing temporary seizure of guns from people determined to be a danger to themselves or others.

“Mayor Peduto is guilty of the impeachable offense of violating the constitution,” Rep. Metcalfe said. “He willfully, brazenly, arrogantly violated the law.”

Metcalfe called on fellow lawmakers to support his impeachment resolution.

Rep. Metcalfe had begun floating his intention to impeach Peduto almost immediately after the new gun control measures were announced.

Of course, this article conveniently leaves out the fact that the mayor passed these illegal, draconian gun restrictions as a favor to his jewish constituents in the wake of the shooting at the Tree of Life synagogue.  Passing laws as a personal favor to wealthy, influential voters, even if those laws are unconstitutional, is usually what you do if you want to stay in office, but it would seem at Peduto may have miscalculated the blowback he’d receive, as Pennsylvanians seem to value their right to bear arms more than they value the feelings of the Jews of Pittsburgh.

It’s understandable that after a shooting at a synagogue, Jews might feel a little insecure, but the American tradition when you don’t feel safe is to legally protect yourself using your Second Amendment rights, and Jews have, in fact, done that, using millions in U.S. taxpayers money, to provide their synagogues with armed security guards and high tech security technology.  What you don’t do is take away guns from law-abiding citizens because of your personal feelings of unease.  When you try to take away the gun rights of especially Jews, how will they defend themselves, after all?