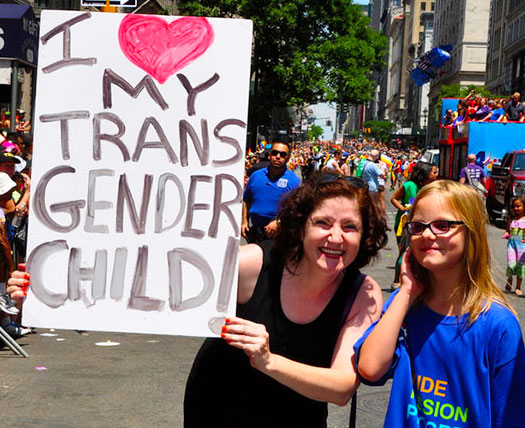 On Wednesday, the Supreme Court of British Columbia, Canada ordered that a 14-year-old girl receive testosterone injections without parental consent:

The court also declared that if either of her parents referred to her using female pronouns or addressed her by her birth name, they would be considered guilty of family violence.

As previously reported, Maxine* was encouraged by her school counselor in BC’s Delta School District to identify as a boy while in seventh grade. When Maxine was 13 years old, Dr. Brenden Hursh and his colleagues at BC Children’s Hospital decided that Maxine should begin taking testosterone injections in order to develop a more masculine appearance.

Although Maxine’s mother was ultimately willing to support hormone injections, her father Clark* was concerned about the permanent ramifications of cross-sex hormones. Suspecting that his daughter’s mental health issues might be more the cause than the effect of her gender dysphoria, he ultimately decided that it would be better for her to wait until she was older before she embarked on any irreversible course of treatment.

At that point, Hursh informed Clark that he would begin testosterone injections on the basis of Maxine’s consent alone, claiming that he had a right to do so under the BC Infants Act. Clark promptly sought an injunction to prevent this. On Wednesday, however, a judge deemed Maxine “exclusively entitled to consent to medical treatment for gender dysphoria,” regardless of the opinions of either of her parents.

Further, the court stated that “Attempting to persuade [Maxine] to abandon treatment for gender dysphoria; addressing [Maxine] by his birth name; referring to [Maxine] as a girl or with female pronouns whether to him directly or to third parties; shall be considered to be family violence under s. 38 of the Family Law Act.”

Late Wednesday evening, Clark was strongly disappointed by the court’s ruling. “The government has taken over my parental rights,” he said, “They’re using [Maxine] like she’s a guinea pig in an experiment … Is BC Children’s Hospital going to be there in 5 years when she rejects [her male identity]? No they’re not. They don’t care. They want numbers.”

In the past, the majority of children diagnosed by sex-change clinics with gender dysphoria (or gender identity disorder) have ended up embracing their natal sex as adults. Clark referenced recent reports from England indicating that some transgender clinics have bowed to intense pressure from trans activists to fast-track children into hormone treatments.

Clark felt that he could not trust BC Children’s Hospital’s diagnosis: “These activists are taking over,” Clark said, “and it’s not in the interests of our kids. It’s in the interests of self-promotion and the things that they want to do and accomplish.”

If anything qualifies as a legitimate mental illness, it would be gender dysphoria, but that’s obviously not the case, as this extremely dangerous psychological disorder is now, because of political pressure and expediency, considered “normal”.  It is dangerous because people who suffer from this condition have much higher incidents of drug and alcohol abuse, physical abuse, and suicide.  We are told that “intolerance” is to blame for all these problems, but the science says otherwise.

Our acceptance of gender dysphoria as “normal” ensures that even people will suffer from this problem, and children are the most vulnerable to it, and in defending “queer rights” the State has no choice but deny parental rights to seek the appropriate care and treatment of their own children.  Parents who refuse to go along with this insanity now face jail.  For the emotionally deranged, the State becomes the caring nurturing parent who defends the child against the “reactionaries”.