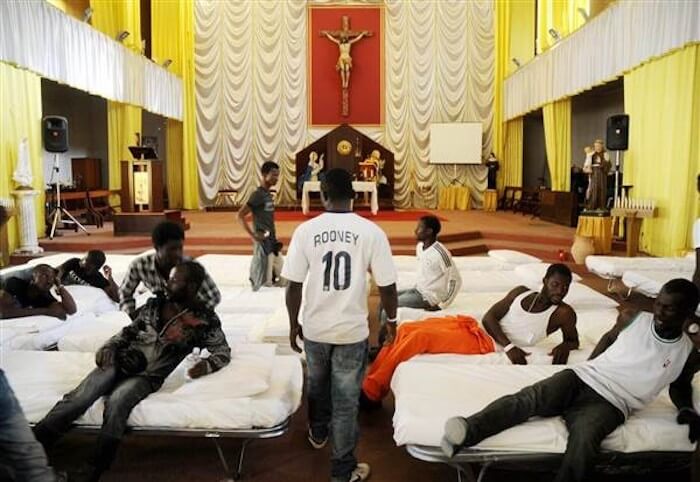 Monsignor Raffaele Nogaro, the bishop emeritus of Caserta, claims that he is ready to “turn all the churches into mosques if it were useful to the cause and if it allowed us to save the lives of men and women.”

And so the Catholic Church continues on its path of aiding and abetting Europe’s civilizational and cultural suicide — not unwittingly, but with its eyes open. As I show in my book The History of Jihad From Muhammad to ISIS, the Catholic Church was once one of the foremost bulwarks of defense in the jihad against Europe. But those days are long gone, to the degree that those who call attention to the fact that Europe faces a resurgence today of the same threat that it faced for centuries are ruthlessly harassed and silenced by Catholic authorities.”

Hundreds of Christian churches have been converted into mosques across Europe and America, and this is only the beginning. This Bishop is merely promising what is already occurring – and he promises it, knowing full-well that these Black invaders have no intention of becoming Catholics.

Despite being murdered wholesale by communists during the Spanish Civil War, a majority of priests today support socialism and communism.

It’s hard not to conclude that the Catholic Church is no longer Christian because it’s no longer White.