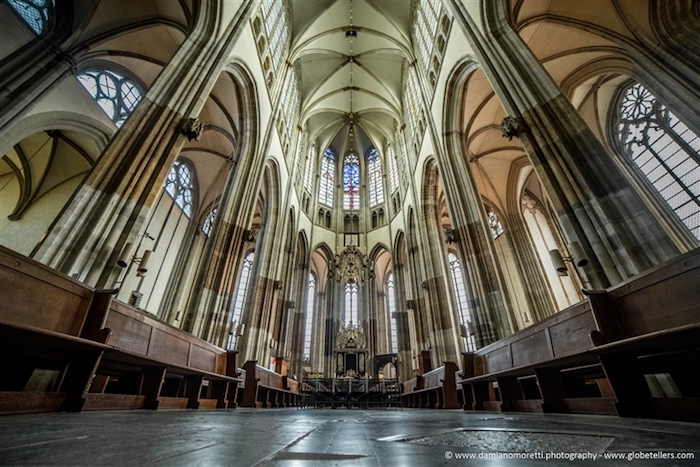 Wim Eijk, the Archbishop of Utrecht, predicts that within 10 years, most of the 280 churches in his archdiocese will close, leaving only a dozen or so still open:

The Catholic Church is rapidly disappearing from the Netherlands. Over ten years the entire archdiocese of Utrecht will probably only consist of 10 to 15 churches that still hold the Eucharistic celebrations, compared to the current 280 churches, Archbishop Wim Eijk said in an interview with the Gelderlander.

Officially the Netherlands has 3.5 million Catholic residents, but the vast majority of them never go to church, the Archbishop said. On average 173,500 people attend a Catholic church over the weekend, according to figures from the Nijmegen institute Kaski. “The church is not closed by people who are still coming or by me, but by those who stay away and do not contribute anymore”, Eijk said to the newspaper.

One big problem is the high maintenance costs of the large, monumental churches. Keeping them open is becoming unaffordable.

Four years ago Eijk predicted that by 2028 there will only be 20 or 30 parishes left in the Utrecht diocese, the largest diocese in the Netherlands in terms of area. He now says that expectation was too positive. He believes that parishes will have to merge on a large scale.

Those who refuse to be ruled over by Christians in one form or another will inevitably end up being ruled over by Jews, and that liberalism and freedom that is currently promoted by the Jews will quickly turn into a ruthless totalitarian despotism once they have consolidated their unopposed power.

Regardless of all the problems with Catholic institutions, they still oppose much of the jewish agenda — and as the Catholics are replaced by Muslims, it is only a matter of time before full-blown Bolshevism unmasks itself as you stare directly into the abyss.

Utrecht’s historical Catholic churches will be converted to mosques, as they have been in England and all over western Europe.  Those that aren’t converted to mosques will be turned into refugee resettlement centers — or “re-education” centers for those who oppose this judaizing of Europe.