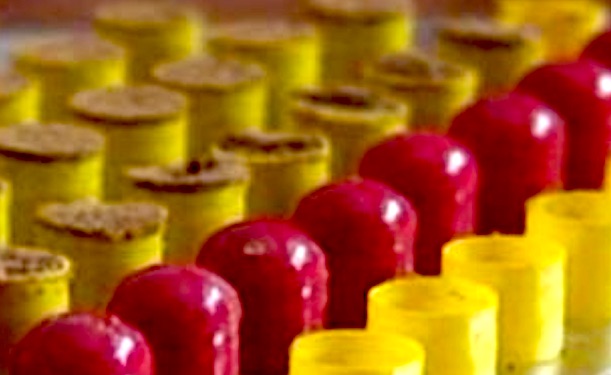 Health experts in the U.S. are warning the public that capsules manufactured in China using aborted fetal tissue to enhance sexual performance may not have been manufactured under strict kosher-like guidelines that ensure safety and effectiveness:

The dried flesh of dead infants appears to be the not-so-secret ingredient in a health supplement that is reportedly being smuggled out of China.

The performance-enhancement pills, touted for increasing vitality and sex drive, have been found in the luggage of tourists and in international mail, according to South Korean authorities.

They said they had confiscated nearly 17,500 of the human flesh capsules since last August, according to a report in the Wall Street Journal.

South Korean authorities warned that the pills could be dangerous to human health.

“This is gross, as well as creepy,” said Dr. William Schaffner, chairman of preventive medicine at Vanderbilt University Medical Center, who consults regularly with the Centers for Disease Control.

“We have no idea how this material is processed and under what circumstances,” he said. “If it’s not done in a hygienic fashion to make assurances infections are excluded, it could contain viruses as well as bacteria.”

The dried human tissue may also not have been sterilized, according to Schaffner. “It’s an extremely dubious for an operation like this with the potential for infection complications.”

It is not known whether these pills made of human flesh have appeared in the United States.

“Our experts in global health haven’t heard about this subject,” said Arleen Porcell, a spokesman for the Centers for Disease Control and Prevention…

Chinese folklore promotes the belief that a human fetus can cure disease and help with circulation and sexual performance.

Schaffner said the pills could transmit the drug-resistant bacteria MRSA that could be on the skin of a fetus. “If these fetuses went through the birth canal, they can quickly pick up bacteria,” he said….

In the United States, the Food and Drug Administration does not regulate dietary supplements, but issues a warning to consumers: “The choice to use a dietary supplement can be a wise decision that provides health benefits. However, under certain circumstances, these products may be unnecessary for good health or they may even create unexpected risks.”

So the CDC’s and FDA’s objections to these pills isn’t that they contain aborted human fetal tissue, but rather that they might be manufactured in a way that isn’t “regulated” or “kosher” and maybe put the consumer at risk from possible “diseased” human flesh.

Let that skin in: there apparently is no Federal law in America forbidding the importation or sale of dietary supplements containing human flesh.  You might think that such a law is unnecessary because no one in their right mind would do such a thing, but you wouldn’t be taking into account Chinese people and their “traditional” disregard for life, human or otherwise, at least by White standards.  This may explain why until recently the head of Planned Parenthood was Chinese.

Now that might seem like a “racist” thing to say, but if you were to take the time to read Ralph Townsend’s eye-opening historical expose of the Chinese people, Ways That Are Dark (1933), you would certainly never see Chinese people the same way again, nor would you want them immigrating into your country in any appreciable numbers.