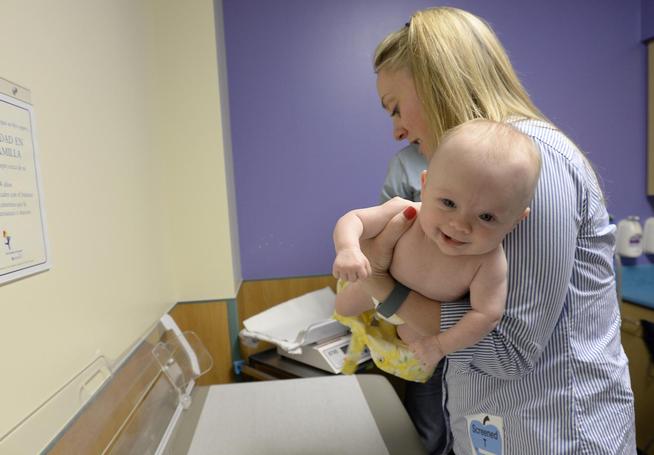 The hospital said its staff understands that it’s “not easy growing up with an expansive gender identity or expression,” and “believe[s] gender-diverse children need a stable support system as they navigate their transition.”

The idea was implemented on Sept. 20 after the hospital started a gender diversity task force, KUSA reported last week. The identifying markers were removed from wristbands in its Aurora hospital.

“We are seeing more and more patients who have diverse gender identities,” Dr. Natalie Nokoff, of the hospital, told the news outlet. “I think that’s true of programs all across the United States.”

One patient, a teenager named Ben, said the change is “huge” for him, as he’s been going to the hospital for roughly two years and identifies as a female to male transgender person.

It’s “bigger than anything on this planet. Looking down and seeing that ‘F,’ I’m just like ‘no. That’s not right,'” he said.

Ben is part of a group of around 800 patients at the hospital’s TRUE Center for Gender Diversity, which stands for trust, understand, respect and emerge. The hospital described the group as a “safe space.”

While gender will be omitted from wristbands, Dr. Nokoff said patients’ medical history will still be recorded.

These “gender fluid” children — and their parents — belong in psychiatric facilities, not normal Children’s hospitals.  Social Services should be investigating the parents for child abuse, and any parent that has celebrated a “gender reveal” party for their child should be arrested and have their children put in foster care.  But that would happen only in a sane world.

Of course, this is just for “play” because their medical charts still have their “real” gender noted, at least for now.  Eventually, LGBT groups will protest even this and demand that gender is completely removed from medical histories.  And this won’t cause any confusion whatsoever in how patients are treated — after all, what does gender have to do with medical treatment?