Chinese Believe Jews Control America, So Why Aren’t They Accused of ‘Antisemitism’? 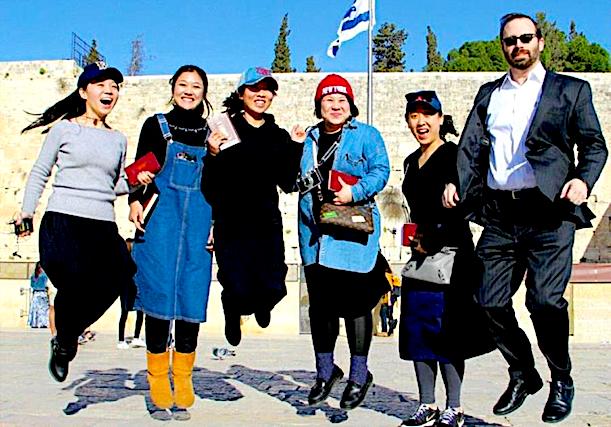 Despite many Chinese publications and public figures asserting the jewish control over America, they aren’t attacked as antisemites by jewish watchdog groups like the ADL and the SPLC, because, well, the Chinese believe that this jewish dominance is a good thing:

“Do the Jews Really Control America?” asked one Chinese newsweekly headline in 2009. The factoids doled out in such articles and in books about Jews in China—for example: “The world’s wealth is in Americans’ pockets; Americans are in Jews’ pockets”—would rightly be seen to be alarming in other contexts. But in China, where Jews are widely perceived as clever and accomplished, they are meant as compliments. Scan the shelves in any bookstore in China and you are likely to find best-selling self-help books based on Jewish knowledge. Most focus on how to make cash. Titles range from 101 Money Earning Secrets From Jews’ Notebooks to Learn To Make Money With the Jews.

The Chinese recognize, and embrace, common characteristics between their culture and Jewish culture. Both races have a large diaspora spread across the globe. Both place emphasis on family, tradition, and education. Both boast civilizations that date back thousands of years. In Shanghai, I am often told with nods of approval that I must be intelligent, savvy, and quick-witted, simply because of my ethnicity. While it is true that the Chinese I’ve met are fascinated by—rather than fear—the Jews, these assertions make me deeply uncomfortable.

So, it was with a degree of apprehension that I recently traveled to the former imperial capital of Nanjing to spend the day with Prof. Xu Xin, director of the Diane and Guilford Glazer Institute of Jewish and Israel Studies at Nanjing University. The first thing Xu did was suggest lunch. As we sat down to a steaming tofu hot pot, he woefully conceded that many Chinese believe the Jews to be “smart, rich, and very cunning.” Just before my visit to Nanjing, the Chinese tycoon Chen Guangbiao made international headlines by publicly announcing his ambitions to buy the New York Times and later the Wall Street Journal. In a TV interview he explained that he would be an ideal newspaper magnate because “I am very good at working with Jews”—who, he said, controlled the media.

Yet Chen presumably, like the majority of Chinese, has few concrete ideas about the reality of Jewish history or practices. Xu, the 65-year-old pioneer of Jewish studies in China, is campaigning to change that—and, by doing so, challenging entrenched stereotypes. The diminutive professor has made it his life’s pursuit to present a more nuanced view of the Jewish race and religion to his countrymen: one based on scholarship rather than rumor. To this end he launched the Institute of Jewish Studies in 1992, the first of its kind in Chinese higher education.

None of this is surprising if you’ve ever read Ralph Townsend’s must-read book, Ways That Are Dark, on Chinese culture, full PDF here).  Like Jews, the Chinese have a long history of ruthless exploitation of each other and outsiders.

Their cruelty is unfathomable to western Christians, as they extol greed and rapaciousness as personal virtues.  And the average Chinese person simply accepts the ruthless authoritarianism of jewish communism because of their long history of living under brutal warlords.

So the lesson to be learned here is simple: you can say whatever you want about Jews as long as you are complimenting them.  Their term for this is “positive antisemitism‘.

Stop being so negative about jewish domination, goyim.  The Chinese will show us all how to love those who despise us, as long as there’s a buck to be made.